The MCC groundstaff member was seen dragging his foot while sweeping the pitch.

There was a small controversy during Day Three of the second Test between India and England at Lord’s. At lunch, one of the groundsmen, who was sweeping the pitch, was seen dragging his foot along the surface. This caused some stir on the social media, particularly on twitter. Kevin Pietersen had tweeted about it immediately. However, the Lord’s twitter account clarified that it was a mistake.

I cannot believe what I’ve just seen on TV from one of the ground staff! #EngvInd

With the social media abuzz with all the suggestions, Lord’s tweeted that the groundsman and the Marylebone Cricket Club (MCC) admit that it was an honest mistake.

RE: the groundsman, MCC admits a genuine, honest mistake, and there was no intent to damage the pitch. #EngvInd

India and England are now playing an even-handed Test match. There was a lot of help for the seamers, but the grass has died off. Now, it is easier to bat though. However, there is something for the seamers. Liam Plunkett did trouble India on the final session of Day Three. As things stand, India are 145 runs ahead. 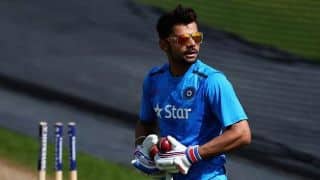 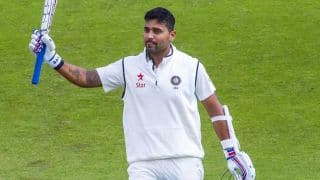