Indian all-rounder Hardik Pandya received his maiden Test call-up for the five-match Test series against England at home. The move raised many eyebrows as not many expected Pandya getting a nod for his reputation of being a shorter format specialist. He bowled well in the One-Day International (ODI) series against New Zealand and has undoubtedly added couple an extra yard to his pace and has the ability to garner runs at brisk pace. It s been a good time for the Pandya brothers as Krunal debuted for Baroda in First-Class circuit for Baroda last month. On Hardik s selection in the Indian Test squad, his father and coach expressed their joy in an interview with Rediff.

Hardik s father, Himanshu Pandya, opened up on Hardik s selection and quipped, It is my dream to see both my sons play Test cricket and now one dream is about to be realized. We’ve got one of the best Diwali gifts, the celebrations and sweets continue after the festival as well now. I don’t want to talk about myself because every parent wants to give their best for their kids. It is Hardik’s hard work and dedication that has paid off now.

Hardik made his international debut in the Twenty20 International (T20I) series against Australia earlier this year and did a decent job. He hogged all the headlines when he successfully defended 11 runs in a decisive World T20 match against Bangladesh. Hardik made his ODI debut against New Zealand in the recently concluded series and has now made it to the Test side.

Hardik s coach, Jitendra Singh said, I was training with Hardik just two days ago and saw him in prime fitness. Hardik was always a good batsman but the way he bowled in the recent ODI series, it boosted his chances. He is probably the only all-rounder in India now who can bowl 140-plus and score runs at a brisk pace. This is the best phase in his career and after being selected for five-day cricket, I think he has now become a complete player and is ready for the real test. 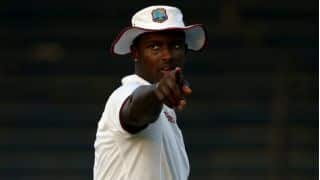