England captain Joe Root on Tuesday said his team has strong plans in place for Indian skipper Virat Kohli, who goes into the five-Test series with the baggage of a forgettable tour in 2014.

England captain Joe Root on Tuesday said his team has strong plans in place for Indian skipper Virat Kohli, who goes into the five-Test series with the baggage of a forgettable tour in 2014.

“From our perspective, we’d love similar form but we know how good a player he is and what he is capable of. He’s come a long way in the last few years in this format in particular. We feel we have some strong plans in place for him but ultimately when you play against the world’s best players they generally have answers,” said Root on the eve of the first Test.

“I’m sure there are a lot of England fans out there that love watching him play. We obviously know he’s a world proven performer in this format and it’ll be very important for us to try and keep him quiet. But there are some other good players on show within these two teams and it’s important we make sure we outperform India as a whole, he said.

The build-up to this Test has been marred by curious debate over the inclusion of Rashid who had quit red ball cricket back in February.

READ: Not in England to ‘prove myself’, says Kohli

Root backed the selection of the legspinner, who will be playing his first Test since December 2016 after being named in the playing eleven ahead of Moeen Ali.

“Criticism against Rashid hasn’t affected us. He’s gone about his business as he has all summer and how he does it in the one-day side. He looks like he’s bowling extremely well and hopefully he can transfer that out in the middle now.

“Obviously I was in favour of the selection and I think it gives us a really great attacking spinning option. In terms of the criticism, people are entitled to their opinions and can voice what they want. I probably think it’s slightly unfair but that’s my opinion, he said.

It will be England’s 1000th Test, but celebrations will be muted, as a full house is not expected at Edgbaston at least on day one.

“It might not be full just now but I see that as an opportunity for people in this area particularly to come and watch some really good Test cricket. There are some great players on show and two very good teams. I see a big place for Test cricket in the future and I think it’s just really important if we just try and take the game forward as players,” said Root.

On playing Rashid over allrounder Ali, he said: “Looking at the surface we decided we only want to go with one spinner and that’s going to be Adil (Rashid). Both Moeen Ali and Adil bring different things to the table but with the amount of right-handers we think are going to be in India’s team he gives us a very attacking option.”

India, however, have not named their eleven ahead of the game and face issues with a struggling top-order. “In terms of India’s team, we’ll have to wait and see. I’m not going to have preconceived ideas. This team gives us great balance. It gives us a huge amount of options on this surface. I feel it gives us the best chance to take 20 wickets. That’s the thinking,” said Root.

Talking about the decision of making Jos Buttler vice captain, he said, “For this series Jos is vice-captain. He is obviously vice-captain of the white ball sides. He thinks extremely well about the game and has a lot of respect in the dressing room, and looking at very long term I’m thinking five to 10 years I see him as someone who can really drive this team forward.

“It’s a great opportunity for him to start doing that now. It might be he has only been back a couple of games but I think he can offer a huge amount with the way he conducts himself and leads as well as what he does with the bat.”

Root added that his side wants to make a serious impact against the world’s number one ranked side, and that it doesn’t matter if home conditions make them favourites.

“It is a big series to get right. But every series is, especially at home. You want to make sure you win. You can see that hunger in the guys in the dressing room. It feels like we’re in a good place going into it and now it’s just about delivering.

“It doesn’t matter if we are favourites, we have to play the best cricket if we want to win. We have had two disappointing series so far in terms of results but I thought the way we came back at Headingley against Pakistan was a real starting point for this group and something to build on long term,” he concluded. 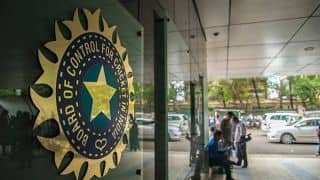 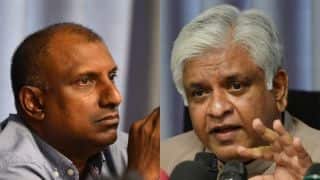