Moeen, who had 970 runs from 43 innings of 47 games before the second ODI, got to the milestone when he completed his 30th run.

England all-rounder Moeen Ali completed 1,000 One-Day International (ODI) runs in the ongoing second game against India at the Barabati Stadium in Cuttack. Moeen, who had 970 runs from 43 innings of 47 games before the second ODI, got to the milestone when he completed his 30th run. He had made his ODI debut against West Indies in 2014, and since then he has played 47 games with an average of 26.21 and has two hundreds and three fifties against his name. Apart from this, he also has 43 wickets in the 50-over format. Moeen has come to prominence in the recent years as he holds the ability to outclass the opponents both with bat and ball in every format of the game. He has also played 37 Tests and 19 Twenty20 International (T20I) games.

In the second ODI, England were asked to chase a mammoth target of 382 after Yuvraj Singh and MS Dhoni battered English bowlers. India were asked to bat first and had the worst possible start as they lost openers KL Rahul, Shikhar Dhawan and skipper Virat Kohli in a matter of 25 runs. But Yuvraj and Dhoni stitched a 256-run stand for the fifth wicket to propel India to 381. Chris Woakes was the only England bowler who conceded runs at 6 per over. Woakes also got 4 wickets, including wickets of the top three Indian batsmen.

England are in a tricky situation here as they are already trailing in the three-game ODI series by 0-1, having lost the series opener in Pune where Kedar Jadhav played a marvelous innings to take the game away from visitors. The visitors have already lost the Test series and might as well lose in the 50-over format. The last ODI will be played at Kolkata on January 22 which will be followed by a three- game T20I series. 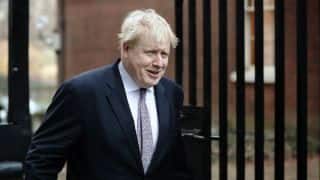