Pujara and Vijay have batted well.

India have moved solidly after tea on Day Three of the second Test against England. Cheteshwar Pujara and Murali Vijay resumed after lunch and have played with a lot of measure. India now lead by 89 runs.

After tea, India havent been troubled and it looks as if the pitch has eased out and allowed the batsmen to play a more positive game. In this pair, Pujara has been more positive and has moved along at a good strike-rate. Vijay has been circumspect but has started playing his shots now. India are 113 for one now. 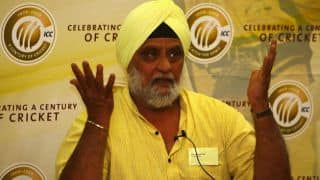