England managed to take just two wickets in the morning session on a green top wicket.

Former England captain Nasser Hussain questioned Alastair Cook‘s seamers on what he thought was “one of the best day one pitches for bowling” in the second Test, on the opening day, against India at Lord’s. Hussain wrote in the Daily Mail that England failed to capitalise in the first and last sessions, despite India being at 290 for seven.

England managed to take just two wickets in the morning session. However, in subsequent sessions, led by James Anderson (4-55), the English bowlers pulled things back and reduced India to 145 for seven. Ajinkya Rahane‘s (103) brilliant century bailed India out from the precarious situation and took them to a respectable total at the end of the day.

“England were given the pitch they wanted and had everything in their favour at the start of this second Test, so their failure to make an impact in the first and last sessions were missed opportunities, however well they hit back between lunch and tea,” Hussain said.

“This was one of the best day one pitches I have seen for bowling in England for a very long time and taking only two wickets before lunch may prove costly, with India still very much in the game.”

Hussain, also said that Cook’s field-placing was reactionary and the English batsman should have gone for “all-out attack”. “Cook’s captaincy was reactionary when this was simply a day to go all out on the attack with four slips and a short leg,” wrote Hussain.

“There was no need for any funky fields but there was a bit too much ball-following from the England captain, while his two senior bowlers, Jimmy Anderson and Stuart Broad, did not help by not hitting their straps.”

The former English batsman said that India were very much in the hunt and that pacer Bhuvneshwar Kumar could be the dangerman when England come out to bat.

“India’s recovery to take the score close to 300 keeps them in the hunt, while the early moisture in the pitch means there could be a few indentations in the surface that might lead to more uneven bounce as we go on. Bhuvneshwar Kumar could be a real handful with the new ball today and India still have everything to play for,” said Hussain. 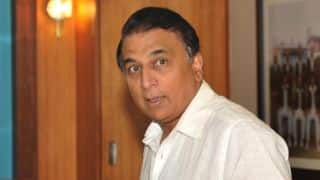