India and England look to register their first win of the series in the fourth ODI at Brisbane.

India take on England in the fourth One-Day International (ODI) of the tri-series at Brisbane. India and England have couple of things in common going into the next game—both of them lost their opening games to Australia  and Mitchell Starc was the difference between the sides on both occasions. Although both India and England performed very well in their respective games, the mighty Australians found a way to win both the matches without much fuss.

England showed amazing character to put up 234 on the board against Australia despite being reduced to 12 for three. Their skipper Eoin Morgan led from the front and scored a superb century, which ensured that the bowlers had something to bowl at. India on the other hand rode on a century by Rohit Sharma and a much needed half-century by Suresh Raina to get to 267. Unfortunately, that wasn’t enough for both teams to secure a win. Both of them need to make certain changes to ensure that they get off the mark.

James Anderson is likely to return to the England side after missing out the opening game due to injury. He may be drafted in at the expense of Steven Finn, which implies that Chris Woakes will retain his place as he picked up four wickets against Australia. India on the other hand have injury woes of their own. Ravindra Jadeja, who has been named in the Indian squad for the ICC World Cup 2015, was recovering from an injury in the rehabilitation centre in Chennai during the Test series. If he’s fit, MS Dhoni will be caught in a conundrum as Akshar Patel, had a decent outing against Australia and it would be hard for India to field to left-arm spinners.

Furthermore Mohammad Shammi; India’s designated death bowler limped off the park at a crucial juncture in the match against Australia at the Melbourne Cricket Ground (MCG) which suggested that the injury might be of some magnitude. However, there has been no word from the Indian camp on his fitness yet but it’s unlikely that they will risk playing him even in case of a minor niggle. England didn’t play any regular spinner in the previous game and they might want to add a little bit of variety by getting James Tredwell back into the side, with Chris Jordan making way.

India have had the upper hand against England in ODIs in the recent past after beating them comprehensively in the ODI series last year. England are not in the best of forms having gone down 2-5 against Sri Lanka last month. India will feel confident going into this game and should come out on top if all the players get their act together. It’s set to be an exciting contest and a win for either side will put them in contention for the finals. 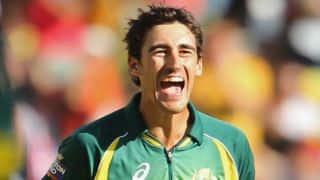 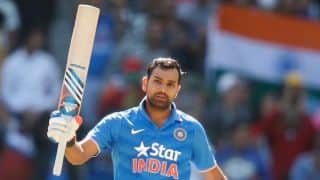