Kolkata: England cricketers including their captain Eoin Morgan were seen with a posse of kids from a Non-Governmental Organisation (NGO) on Saturday after their exhaustive practice session at the Eden Gardens. The iconic venue in Kolkata will host the third One-Day International between India and England on Sunday. Children between the age group of five to 19, part of “Future Hope” programme which helps provide accommodation to street children, were celebrating its 30th anniversary with an initiative called “Curry 4 Kolkata Kids” aimed at raising funds for children by cooking curry from their own recipe. “We have our association with the England cricket team for 20 years now. Our managing trustee Tim Grandage is English and thus the association,” Sujata Sen, chief executive of the organisation founded in 1987, told IANS.

Besides Morgan, pacer Chris Woakes, wicket-keepers Jonny Bairstow and Jos Buttler were also seen clicking selfies with the kids and engaging in fun-filled conversations. England have already lost the three-match ODI series 0-2. England were dealt with a further blow after Alex Hales was ruled out for the rest of the tour due to a fractured hand. As a result, Sam Billings is likely to open for England in the third ODI at Eden Gardens and Bairstow has been named Hales’ replacement for the T20 International (T20I) series.

MS Dhoni, who relinquished his captaincy ahead of the series, will be honoured by the Cricket Association of Bengal (CAB) before the third ODI. The ODI and T20 World Cup-winning captain will be felicitated before the match on Sunday with a crystal memento, a shawl and a few other gifts. 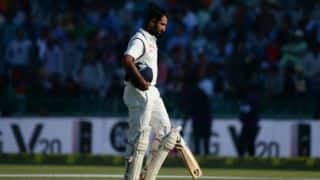 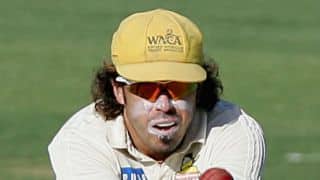