No Indian team has ever won five overseas bilateral ODI series on the trot. This side may be the first.

Virat Kohli s Indian team may have blown a shot at reclaiming the No. 1 spot in the ICC ODI Championship following a sloppy defeat at Lord’s on Saturday, but defeating England in the decider tomorrow will give them the series and extend a very good overseas record in bilateral series: should they win on Tuesday at Headingley, India will complete their tenth consecutive bilateral ODI series wins, but the statistic to underline will be that it would be the fifth overseas series win in a row. No Indian team has ever won five overseas bilateral ODI series on the trot.

The current streak of four bilateral series wins away from home dates back to a 3-0 sweep of Zimbabwe in 2016 under MS Dhoni, who led a completely revamped outfit missing almost all the first-choice players. Next came a 3-1 win in West Indies under Kohli in the summer of 2017, followed by a 5-0 whitewash of Sri Lanka and then the landmark 5-1 victory in South Africa earlier this year.

Prior to that, Indian teams had stitched together three consecutive overseas bilateral ODI series wins twice: in 2007 (though two of these were one-offs against Ireland and Scotland) and from 2004 to 2006 (In Pakistan, twice, and in Bangladesh). 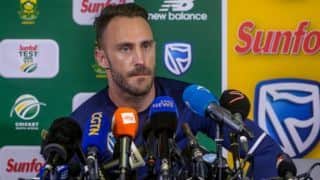