India were dismissed for a paltry 153 in third ODI.

His decision to bat first backfired on Tuesday as India were dismissed for a paltry 153 against England and skipper MS Dhoni put the blame on his batsmen for their nine-wicket loss in their second One-Day International (ODI) of the tri-series at The Gabba.”I don’t think we batted well, especially after choosing to bat,” said Dhoni after James Anderson and Steven Finn produced sensational seam bowling to set up the win for England at The Gabba.”The wicket was a bit two-paced to start off and our batsmen did not really play well. We needed to build partnerships, but that did not happen.

“If a ball is there to hit, you should, but if it needs to be defended, you should watch out. By the time you need to accelerate, there aren’t any wickets left,” he said.

India will be in Australia for a long time since the World Cup is also starting next month and Dhoni said the four and a half months away from home is very demanding.

“We have to use whatever time is left before the world cup in a useful manner. Staying four and a half months away from home is difficult, but we have to switch on and switch off. We need to switch on and assess what needs to be done in the nets, or wait in the hotel if the need be,” he said.

It was England’s first win after their loss to Australia in the tournament-opener and skipper Eoin Morgan said he is delighted at the outstanding performance of his team.

“Outstanding. We really put a team performance, which I was delighted with, ” said Morgan.

“And there were individual performance. Steve Finn got that bounce and made most of it. Jimmy set the tone with an early breakthrough. If it swings, he tends to take advantage.

It adds a hell of a lot of weight to the side. Australia very strong side at the moment, we will continue to concentrate on what we do well,” he added.

Stuart Binny, included in the side ahead of Ravichandran Ashwin, was the lone player to have a good game. He scored 44 runs and then opened the bowling, taking the solitary wicket of Moeen Ali.

“We have to see what is the best possible way we can use him. He is definitely someone who can swing the ball. We also wanted to see what he can do with the new ball because it opens up more possibilities for us. At least now, we know what he will do with the new ball and as this tournament progresses and before the start of the World Cup, we will exactly be sure as to when and how we want to use him and that clarity of thought will help us in deciding the playing eleven.”

It has been exactly two months since the team landed here in Australia for their gruelling tour Down Under that will conclude with the Cricket World Cup, starting next month.

“Before the next game, we have 4-5 days gap. So we will have to use it in the best possible manner so that the guys are fresh because we have got enough experience when it comes to playing in these conditions. We have been here for the last couple of months. But it’s important from now on to be fresh.

To assess carefully as to whether we need to spend more time on the field or we need to switch off from cricket and try to be fresh, because we have another couple of months that we have to spend here,” Dhoni said.

“It is important to cope with fatigue before you see the symptoms. From now on, with a bit more gap between the ODIs in the tri-series and the World Cup, we will have to use it very wisely. No doubt four-and-a-month tour is a very long tour. We have seen cricketers feel homesick within 15 days and going back to their country. There haven’t been such cases in Indian cricket though. Maybe we just need to have some fun activities to refresh ourselves,” he signed off. 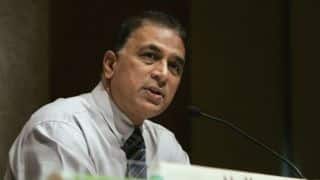 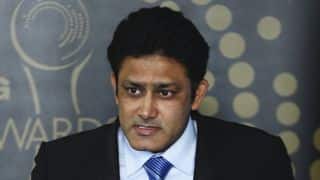