England have been amazing with their run rate since World Cup 2015, but at the same time, they have leaked runs aplenty. However, they will hope to continue cashing in on India s opening woes.

India and England are all set to meet for one last time in the 50-over format at the Eden Gardens in Kolkata on Sunday. During the second One-Day International (ODI) between India and England, years were rolled back. Cuttack took us back to the previous decade, a time well before Yograj Singh s rant, a time where Yuvraj Singh-MS Dhoni partnerships formed an ideal recipe for Indian wins. A few hours after the heroic 256-run stand, we were immediately brought back to the new age. England fell 15 runs short of India s 381 in a stiff chase. These are times where 350s have become unsafe. Twice, England registered their highest totals against India and ended up losing. Will the run-fest continue at Kolkata’s Eden Gardens, where India and England meet for the final ODI? We will come back to that.

Just like another era, India played 133 dot balls at Cuttack. But it is amazing to see how the likes of Yuvraj and Dhoni still back themselves to compensate for the loss. Dhoni s 134 was more about a start of a new phase in his career, while Yuvraj s had class and authority written over it; in other words, it had tremendous levels of emotions attached to it. The celebrations showed; so did captain Virat Kohli s reactions, who relentlessly backed the southpaw. All in all, Yuvraj scripted folklore, and it was a triumph for many.

It hurts to call him a former cricketer but that is what he is. England s James Taylor tweeted, What a phenomenal achievement from Yuvraj!! Constantly overcoming adversity!! Brilliant! #TakeABow #INDvENG #YuvrajSingh.

It feels great; it s been a while since I got a hundred. I came back after recovering from cancer; the first two-three years were very hard. I had to work hard on my fitness and I was in and out of the team. I was not able to get a permanent spot. There was a time when I was wondering whether to continue or not to continue. I think a lot of people have helped me throughout this journey. Never giving up is my theory. So I never gave up, kept working hard. I knew time will change, Yuvraj s pain reflects in his comments.

He then proceeded to speak about his understanding and camaraderie with Dhoni, and thanked Kohli for the trust . (A young Kohli benefitted from the same trust that a veteran Yuvraj had placed on him.)

It was his moment at Cuttack, but from Indian perspective, it will be about consistency.

India, England and Kolkata takes us back to the first ODI of the 2001-02 tour when Marcus Trescothick fell to an umpire’s howler. He was running away with the game striking a fine hundred, but Sourav Ganguly s men were quick to capitalise after the southpaw fell. The series went on to be more famous for Andrew Flintoff s shirt-waving act after drawing level at Mumbai.

Ganguly was captain then, and is the Cricket Association of Bengal (CAB) chief now.

Indian perspective: It was Kohli and Kedar Jadhav s superlative hundreds that helped India conquer Pune. Cuttack was about Yuvraj and Dhoni. On both occasions, India came from behind to put up a dominant show.

A part of India s struggles was due to the indifferent form of their openers. Ajinkya Rahane has been waiting in the wings, while KL Rahul and Shikhar Dhawan failed to seize the opportunity presented to them.

With the series pocketed and this being India s last ODI before the Champions Trophy in June, a change on the top is likely. Also, Dhawan made a trip to Apollo Hospital in Kolkata. There are doubts over his fitness.

India may also look to rest one half of their spin-twin to accommodate Amit Mishra. Ravindra Jadeja and Ravichandran Ashwin were the catalysts for the Cuttack win. India have five more Tests coming up in this season, and with both of them expected to shoulder the bowling responsibilities, a break to either of them makes sense.

Team India sans Rohit Sharma at Eden Gardens looks incomplete, and the 264 is still fresh in minds. However, ever since Ganguly has taken charge of CAB, the track at Kolkata has been far from being a belter.

There has been assistance for bowlers lately, so a 350 fest might be unlikely here. It will be a good wicket. We hope to see a perfect cricket match, Ganguly said.

Nonetheless, there’s a slight tinge of grass, and the curators may or may not clip it. Hence, another 300-plus game is on the cards. And to make matters more interesting, it will be cooler than it was at Cuttack and the dew factor will eventually come into play.

The other focus will be on Dhoni, who is set for felicitation here. His glorious days as captain of Team India will be celebrated. His family is expected to be present at the venue.

Meanwhile, a whitewash will be on Kohli s mind.

England s perspective: Alex Hales is out of the tour with a fractured hand, which means Sam Billings might get a nod. He is an exceptional player against spin. Jonny Bairstow is waiting in the wings too. However, it is not batting that has troubled England. Captain Eoin Morgan s sensational ton almost sealed it for England at Cuttack but for that run out.

England have been amazing with their run rate since World Cup 2015, but at the same time, they have leaked runs aplenty.

Lack of experience in the bowling front has hurt them. With the five-pacer strategy going for a toss at Cuttack, England may look to load their side with a better spin attack. Bringing back Adil Rashid or giving a game to Liam Dawson might be a good idea.

However, they will hope to continue cashing in on India s opening woes.

With six defeats in a row, England eye a reversal of fortune as they look for their first win in this tour.

India vs England: Head to head

India vs England at Eden Gardens:

Alex Hales out with a fractured hand 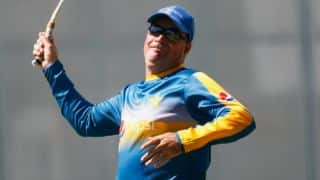