"Outsiders were involved in ticket distribution. The details of complimentary tickets allocation does not figure in the public domain. There is nothing on this in the CAB website."

Kolkata (IANS) Former influential office-bearer of the Cricket Association of Bengal Biswarup Dey on complained to CAB President Sourav Ganguly of lack of transparency in ticket distribution for the recent India-England One-Day International (ODI) match at the Eden Gardens. Dey has been forced on a compulsory three-year cooling off period as per the Justice Lodha Committee recommendations. Holding a media meet, the former CAB treasurer released a letter he has addressed to Ganguly and threatened to move the BCCI if he did not receive a “satisfactory response” within 10 days. Dey’s ire stems from the denial of a “single complimentary ticket to me either as representative of an affiliate unit Central Calcutta Club or as a former CAB office-bearer” for the January 22 tie.

Dubbing the denial of complimentary tickets to him as “unethical” and “illegal”, he said the ticket allocation process had violated Justice R.M. Lodha’s recommendation that the “distribution of tickets of international cricket matches should have transparency”.

“Outsiders were involved in ticket distribution. The details of complimentary tickets allocation does not figure in the public domain. There is nothing on this in the CAB website,” he alleged. Dey claimed that in his capacity as the former assistant secretary and joint secretary, he was entitled to receive complimentary tickets.

Dey, whose tenure as treasurer came to an end last month, said he had received a letter requesting him to collect the complimentary tickets. But “when I sent my authorised representatives to pick up the tickets, the persons concerned led by Goutam Dasgupta (in charge of distribution) refused to give tickets on my quota, for reasons best known to them”.

“However, if the CAB had any reservation to allot complimentary tickets for the India-England ODI,… as my position as treasurer, why had they issued such a letter? For the sake of argument if I am not entitled to get the complimentary tickets as honorary treasurer, should I not get the same as an official representative of the unit?” he wrote in the letter.

“An extant norms/practice is prevailing in CAB that former President and Hony. Jt. Secretary are entitled to get complimentary tickets for international matches and IPL,” the letter read.

Dey accused CAB Trustee Board Chairman Dasgupta of not providing him the tickets “to ridicule me”.

“I am very surprised that after rendering services to CAB in different capacities for the past several years, not a single ticket was given to me.”

Asked whether Ganguly had orchestrated the entire episode, Dey said “I would like to believe he had no knowledge about this”.

“I expect him to take cognizance of the matter. If I don’t get a reply within seven to ten days, I may have to move the board,” he said.

Responding to the accusations, Ganguly said “before every match, he has always taken from me 200 to 300 tickets. So, his allegations are baseless. I don’t want to comment on him any further. And I have not received any letter”.

When asked, Dasgupta put the ball in Ganguly’s court. “The president doles out an allotment list and his (Dey’s) name was not there.” 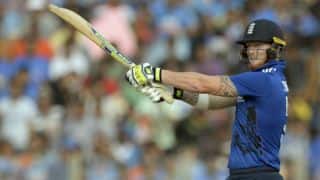