Did you know? If India win they will be the first Indian team to win 5 consecutive bilateral ODI series.

England roared back into the ODI series against India in emphatic fashion. Joe Root, whose omission from the third T20I had raised a few eyebrows, confirmed that all was well with a superb hundred in the second ODI, at Lord’s. There were fifties of contrasting styles from Eoin Morgan and David Willey — all this, after cameos from Jason Roy and Jonny Bairstow at the top. England reached 322, and India, having lost Rohit Sharma and Shikhar Dhawan early, gave up on the chase as soon as Virat Kohli departed.

India and England now move on to Headingley for the series decider. Ahead of the match, here is a statistical preview.

98 matches between England and India, 2nd-most for England against any side. England have only played more ODIs (147) against Australia.

0.754 England’s win-loss ratio against India, their 2nd-worst against any side irrespective of number of matches played. They have a marginally worse ratio of 0.753 against Australia.

62 runs needed by Dhoni (1,462) to become the highest scorer in India-England matches. The record is currently held by Yuvraj Singh (1,523). The highest run-getter for England is Ian Bell (1,163). Of members in current squads, Joe Root’s 584 are the most by an Englishman.

13 wickets for Plunkett, the most in India-England matches among players in the squads. Bhuvneshwar Kumar and Umesh Yadav have 10 each, while Ben Stokes and Kuldeep Yadav have 9. This is surprising, given that six men have taken 35 or more wickets, but then, the bowling attack of both sides have been revamped of late.

2 wickets needed by Kuldeep Yadav to take 11 in the series, a record by an Indian for a series of 3 or fewer matches. The record lies with Narendra Hirwani, who had taken 10 in the 1987-88 Sharjah Cup. Krishnamachari Srikkanth has taken 11 and Mohammed Shami 10, but they were in longer series where the players themselves had played 3 or fewer matches. The world record lies with Mustafizur Rahman, who had taken 13 in his debut series, against India at home in 2015.

2, 5, and 5 wickets needed respectively by Kuldeep, Akshar Patel, and Yuzvendra Chahal to reach the 50-wicket mark. Whoever gets there first will become the 35th Indian and 300th overall to the milestone.

22 matches for Kuldeep. If he gets those 2 wickets he will become the joint-2nd quickest to 50 ODI wickets, in 23 ODIs, along with Ajit Agarkar and Mitchell McClenaghan. The record lies with Ajantha Mendis, who had reached there in a phenomenal 19 ODIs.

68 runs needed by Jonny Bairstow to reach the 2,000-run mark. Bairstow will become the 27th England cricketer and 213rd overall to the milestone. 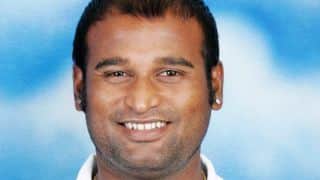