Kohli is the seventh Indian batsman to achieve the feat.

Virat Kohli completed 1,000 runs as ODI skipper today. He achieved this during the 3rd One-Day International (ODI) of the three-match series against England at the Eden Gardens Stadium in Kolkata. He is the seventh Indian batsman to achieve the feat. MS Dhoni leads the list with 6,633 runs, followed by Mohammad Azharuddin (5,239), Sourav Ganguly (5,082), Rahul Dravid (2,658), Sachin Tendulkar (2,454) and Kapil Dev (1,564). Though Kohli has recently taken over the captaincy reign from Dhoni, he has earlier lead India in the format 17 ODIs in the past before this series, as he looks to extend his run and possibly surpass Dhoni. Full cricket scorecard: India vs England, 3rd ODI

Speaking on Kohli leadership, his childhood coach Raj Kumar Sharma said that he was born as a skipper. Virat is a born captain. He used to be the captain in the academy as well in childhood. Since childhood, he had leadership qualities. But the moment he got full time Test skipper, his captaincy and his performance both have improved and he has come off with flying colours, Sharma told.

Kohli is also the fastest to this landmark as captain.

Fastest to 1000 runs as ODI captain (by innings)

He has made a lot of changes in his technique. I would here like to state that he has been a gifted cricketer. He adapts well and plays according to the situation. Sharma further revealed that Kohli s favourite shot is the flick. His favourite shot is flick shot. Initially I used to scold him not to play the flick shot as he used to get out a number of times while attempting that shot. But with time, he has mastered that stroke. Along with the flick shot, Kohli also like to play the cover drive, Sharma added. 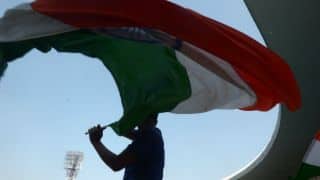