For India, spinners did their job but Umesh and Shami were the pick of the bowlers. They bowled impeccable spells at menacing pace, swinging the ball both conventionally as well as reversing it.

Indian bowlers did not take long to wrap up things on the second morning of the third Test at Mohali as England innings was folded up for 283. Mohammed Shami took the wickets of both the overnight batsmen Adil Rashid and Gareth Batty. While Rashid was caught behind the wickets, Batty was caught plumb in front of the wickets. The batsman had some doubt and straightaway used the DRS. But with the ball hitting the stumps, the decision stayed and he was given out. With that dismissal, England were bowled out for 283 in their first innings. James Anderson, who had a king pair in the last game, remained not out on 13. Full Cricket Scorecard: India vs England 3rd Test at Mohali.

Earlier, on Day One, England innings was all about wicket-keeper batsman Jonny Bairstow s defiant 89, which guided his side to the total of 268 for 8 at stumps. Bairstow continued with his dream run in 2016 by bringing up yet another half-century at a crucial time and helping his side to post a considerably comfortable total against India on a pitch where batting fourth shall require some skill. The pitch, far different than the Mohali track of last year s India South Africa Test, is not really a rank turner. But it is slow in nature and is expected to break as the Test progresses.

Apart from Bairstow, Jos Buttler (43) played a handy knock while others failed to capitalise on their starts. For India, Shami ended up with two wickets while Ravindra Jadeja, Jayant Yadav and Umesh Yadav took two wickets each. Ravichandran Ashwin took the solitary yet most important wicket of Alastair Cook, who won the all-important toss and elected to bat first.

His side lost four quick wickets in the first session on the first day as Umesh scalped Haseeb Hameed, who was the first one to be dismissed, Joe Root was trapped plumb in front by Jayant while Cook himself fell to Ashwin after a couple of reprieves. Moeen Ali s wicket off Shami s bowling made it 4 down for England, who crawled to lunch with the score reading 4 for 92. The first session honours thus went to India.

Bairstow s 13th Test fifty led his side s fightback in the second session, which was dominated by England. The only wicket they lost in that session was of Ben Stokes, who fell for a poor shot, while the highlights of the session was an unbeaten 61-run stand for the sixth wicket between Bairstow and Buttler.

Buttler then fell for 43 after tea by playing a rash shot. He joined Stokes in doing so, who had earlier been dismissed after a brain fade moment. He was replaced by Chris Woakes, who played a handy knock of 25 before Umesh castled his stumps. Bairstow, who earlier had two reprieves from the diminutive keeper Parthiv Patel, was finally dismissed by Jayant who trapped him in front of the stumps. Umpire Marais Erasmus raised his finger after some thinking and Bairstow immediately went for the review. But the TN umpire s decision went against him. Rashid and Batty then remained unbeaten as England ended the day on 268 for 8.

For India, spinners did their job but Umesh and Shami were the pick of the bowlers. They bowled impeccable spells at menacing pace, swinging the ball both conventionally as well as reversing it. They were unlucky they did not get more wickets on the day. But Shami made up for it on the second morning by wiping off the tail early. 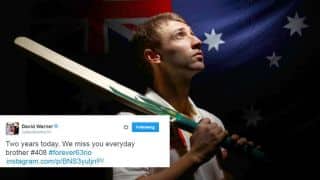 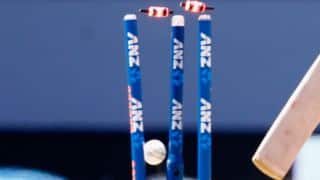