Duckett, who averages only 15.71 with bat from four Tests, is likely to make way for Buttler in the third Test.

After back-to-back poor performances by Ben Duckett, England’s star batsman in One-Day format Jos Buttler, is expected to be included in England’s playing XI for the third Test against India at Mohali. Buttler may play as a specialist batsman because Jonny Bairstow has been already fulfilling the job of wicket keeping. Buttler was dropped from the Test side last year as wicketkeeper and has played only one First-Class match since then but the team management has shown immense faith in him by including him in the squad. Duckett, who averages only 15.71 with bat from four Tests, is likely to make way for Buttler in the third Test. Full Cricket Scorecard: India vs England 3rd Test at Mohali

On the other hand, England coach Trevor Bayliss still believes in Duckett’s natural talent; although his struggle against spin has made team management to drop him from third Test. Commenting on Buttler, Bayliss said to ESPNCricinfo, “The one thing with Jos is that if he plays the same way as he does in one-day cricket, I think that’s the way ahead for him; red ball or white ball. I think he’s starting to get his head around that fact. He’s in the top echelon of destructive batters when it comes to white-ball cricket, and there’s no reason – if he can get his head around playing against a red ball – that he can’t do the same and put the pressure back on the opposition.”

Buttler has not played even a warm-up match before this series. He played in one warm-up match in Bangladesh a month ago. Talking about his hitting ability, Bayliss further add, “He’s certainly hitting the ball very well in the nets. Yes, we would have liked him to have a hit-out at some stage, but it is what it is these days. We’ve no time to fit one in. If he does come in I think he’ll give it his best shot.”

With Duckett being likely to be dropped, Bayliss still admires his ability and work ethnic and expect him to be back soon in the side. “I think he’s got a special talent. Whether he plays the next match or not, I think he’ll play a lot more for England. Every level you get to, you go up. It gets harder and harder, and the step is bigger. Ben’s working harder than anyone in the nets to try to fix things up, getting himself into a position that he is confident enough to score runs,” said Bayliss. 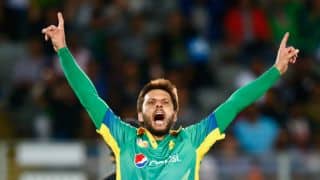