Parthiv Patel is among the 14 Indian wicketkeepers to open batting for India in Tests.

Left-handed batsman Parthiv Patel is among the 14 Indian wicketkeepers to open batting for India in Tests. Overall, he is the 13th Indian wicketkeeper-batsman to open the innings in Test cricket. After the second Test against England at Visakhapatnam, opener KL Rahul was declared unfit, for he sustained an injury on his left forearm. On the other hand, regular wicketkeeper Wriddhiman Saha was left out due to tendonitis. As a result, India captain Virat Kohli asked Parthiv to pair up with Murali Vijay. The southpaw, in his comeback match, started off with his trademark flick-off-the-pads. In addition, he hit two more consecutive boundaries: one through mid-off and the other off a bottom edge. Full Cricket Scorecard: India vs England 3rd Test at Mohali.

This is the third occasion Parthiv has opened for India. On the first occasion, he fell for a fourth-ball duck against New Zealand in Hamilton in December 2002. But when Parthiv was given another opportunity to open for India, he responded with a resolute 141-ball 69 against Pakistan at Rawalpindi, in April 2004. Known for his wristy shots, Parthiv continued his dominance by easing one between short-cover and mid-off. For that matter, he left no stone unturned to get the better of James Anderson as well. He delightfully drove down the ground to bag his fifth boundary, followed by a similar shot in the same over. He was eventually dismissed for 42.

However, the last time an Indian wicketkeeper opened the batting was Dinesh Karthik against South Africa at Cape Town. As a matter of fact, this is the third time Parthiv has opened in the longest format.

The first to do so was Janardan Navle back in 1932. And ever since, 13 Indian wicketkeepers were given the opportunity to face the new ball. To put things into perspective, we often see a wicketkeeper down the order mostly at No. 7.

Talking about numbers, Farokh Engineer has opened in 48 innings the most by any Indian wicketkeeper. 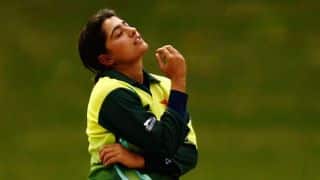