VVS Laxman believes that Indian team erred by playing an extra spinner at Lord's when the conditions demanded the inclusion of a pacer.

Former India batsman VVS Laxman believes that Indian team erred by playing an extra spinner at Lord’s when the conditions demanded the inclusion of a pacer. The second India vs England Test at Lord’s was marred by rain forcing the opening day’s play to be washed out without toss. The conditions on the second day were hardly any better but play was possible in patches.

Despite the ripe swinging conditions, India included Kuldeep Yadav, a left-arm spinner, in place of Umesh Yadav in their playing XI for the Test.

“One should be flexible in team selection,” Laxman wrote in his column for The Times of India on Tuesday. “At the toss on the second morning, with clouds gathering and everything crying out for a third specialist paceman, India left out Umesh Yadav and brought in Kuldeep Yadav.”

The sun came out on the third morning and conditions improved vastly. However, India innings was already over with the batsmen surrendering at 107 all-out in 35.2 overs.

Despite the bright sunshine, Indian pacers reduced England to 131/5 but then the pair of Chris Woakes (137*) and Jonny Bairstow (93) added 189 runs for the sixth wicket to snatch the advantage back. Laxman feels India lost steam and allowed the hosts to run away. “As well as Hardik Pandya bowled, India were unable to maintain relentless pressure when England were 131 for five, which helped Jonny Bairstow and Chris Woakes to stage a wonderful rescue act,” he said.

India fared a tad better in their second dig, managing 23 runs more that what they scored in their first – 130 in 47 overs. England won by an innings and 159-run win to take a 2-0 lead in the five-Test series.

Laxman is ‘bitterly disappointed’ at the lack of fight. “India s abject surrender at Lord s was a bitter disappointment. After the excellent commitment at Edgbaston, the lack of fight was galling. England did have the better of the conditions, but they also made the most of the assistance they received, while India caved in meekly, especially when it came to the batting.

“As much as the technical inadequacies what stood out was a lack of belief. It manifested itself in tentativeness. Once you start doubting your abilities, there is no way back. Every member must look himself, ask tough questions and find honest answers. India have the wherewithal from a cricketing perspective to fight back from 2-0 down, but for that, they must first sort out the issues in their minds, which clearly are several.

He also came down heavily on the batsmen who have time and again failed to perform in overseas Tests despite having the requisite experience. Barring captain Virat Kohli, none has shown the technique nor a resolve to battle it out in demanding circumstances.

“In their last 10 overseas innings, India have topped 250 only twice, and on both those occasions, Virat made a big hundred. That doesn t reflect well on an experienced batting line-up that has played previously in England, and is therefore aware of what to expect,” he wrote. 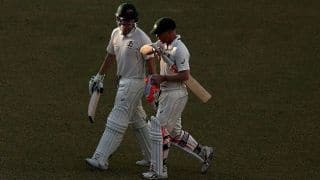