Former India batsmen Laxman and Chopra lavished praise on Ashwin, saying he is one of the biggest match-winners the country has ever produced.

From terming Ravichandran Ashwin as a thinking cricketer to referring him as India’s biggest match-winner – former India batsmen VVS Laxman and Aakash Chopra were not short of words while praising India’s ace spinner ahead of the fourth Test between India and England in Ahmedabad, starting Thursday. Ashwin’s ability to constantly reinventing himself and his preparation ahead of the big matches are something that separates him from the rest, believes Laxman.

Ashwin recently became the fourth Indian bowler to take 400 Test wickets, when he achieved the feat by dismissing Jofra Archer in the pink ball Test at Ahmedabad, which the hosts won by 10 wickets under two days. He joined the league of greats like Anil Kumble, Kapil Dev and Harbhajan Singh with this landmark.

Speaking on Star Sports show – CRICKET CONNECTED, former India opener Chopra lavished praise on Ashwin and highlighted his performance in the ongoing four-match Test series versus England. “78 Test matches for 400 Test wicket. Let the naysayers be! He’s been absolute phenomenal with the craft that he has displayed over a period of time and as he’s growing as a bowler he’s picking a lot of wickets,” the former opener said.

“So, that question mark is also getting answered quite nicely. I feel that he’s an absolute Rockstar. He’s one of the biggest match-winners, that India has ever produced, of course Anil Kumble will still remain at No.1,” Chopra added.

Batting great Laxman also echoed Chopra’s comments and hailed Ashwin for his achievements in red-ball cricket. “I think he’s (Ashwin) a very intelligent person. When you’re playing at the highest level, then it’s not only about your skill, it’s about your preparation, your planning and execution is so critical.

“So, he works out what are the weaknesses of the batsman. He plans those dismissals and that’s why I think he is reinventing himself,” Laxman, a veteran of 134 Tests, said on Star Sports show ‘Cricket Connected’.

To prove his point, Laxman cited the example of Steve Smith’s trouble against Ashwin during India’s recent tour Down Under.

“We saw recently in the Australia series how he (Ashwin) troubled someone as great as Steve Smith and that’s another thing that makes Ashwin or any champion player special, that he wants to be the best and compete against the best,” he said.

Ashwin has racked up 89 of his wickets against Australia, more than any other side. They were taken in 18 matches at an average of 31.5, while he has also thrived against England over the years – taking 73 wickets at 32.2 apiece.

“78 Test matches for 400 Test wickets. Let the naysayers be! He’s been absolutely phenomenal with the craft that he has displayed over a period of time and as he’s growing as a bowler, he’s picking a lot of wickets. So, that question mark is also getting answered quite nicely,” said Chopra.

“I feel that he’s an absolute rockstar. He’s one of the biggest match-winners that India has ever produced, of course Anil Kumble will still remain at No.1,” added 43-year-old, who has played 10 Tests for the country.

Ashwin brought up the 400-wicket milestone in only his 77th match. His standout numbers with the ball in the Test arena since making his debut versus West Indies in November 2011 make for impressive reading. And he has been a thorn in Australia, arguably the most successful Test side. 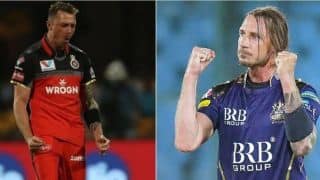 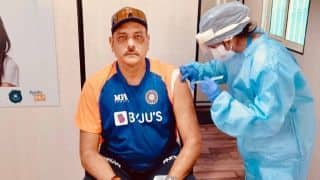