The battled between Ravindra Jadeja and James Anderson continues and this time it is Anderson who wins it dismissing Jadeja for a duck post lunch on Day One of the fourth Test between India and England at Manchester. Jadeja posted the fourth duck of the Indian innings. India are 66 for six.

Anderson steamed in with a fresh spell right after lunch and pitched one in line of the stumps, moving a touch. Jadeja came forwards and completely missed the line of the ball. It was a straightforward leg-before decision for the umpire. The hawk-eye showed it was crashing in to the leg-stump.

Earlier, the duo of James Anderson and Stuart Broad ripped through the top order leaving India at eight for four at one stage. MS Dhoni (25 not out) and Ajinkya Rahane (24) led the recovery with a 54-run stand to take the team to 63 for five at lunch. 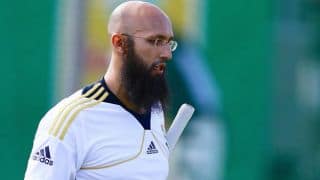 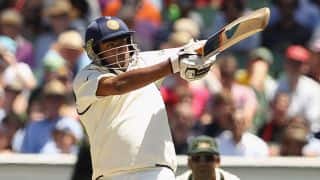