Pankaj Singh, who took 416 balls to pick his maiden Test wicket, removed settled England wicketkeeper-batsman Jos Buttler, who was dismissed for 70 in the first session on Day Three of the fourth Test at Old Trafford, Manchester on Saturday.

Buttler had scored 15 runs since Joe Root’s was dismissal. Chris Woakes on the other hand is yet to settle down, as he is unbeaten on 6. England are leading by 173 runs.

Earlier, Pankaj Singh bagged his maiden Test wicket as he removed Joe Root. Singh went wicketless in the first Test. Root was dismissed for 77 off 161. Dhoni missed a chance of removing Buttler before the batsman reached his second half-century in two Tests. 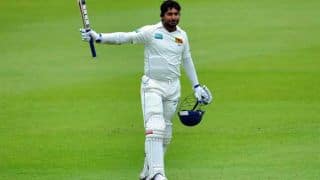 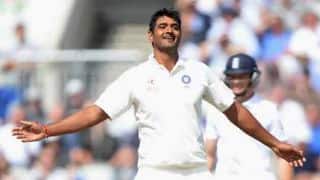