India named an unchanged XI for the first time under Virat Kohli, with England enjoying the advantage of the toss on a good batting track.

On a pleasant, cool afternoon in Southampton, Joe Root won this fourth toss in a row and had no hesitation in opting to bat as the fourth Test got underway at The Ageas Bowl on Thursday.

The goal for Root and England is to wrap up the series with victory in this Test, and batting first on what looks a true Test-match pitch with a slight green covering was what his counterpart Virat Kohli wanted to do – terming it the “best pitch” of the series.

For the first time under Virat Kohli, India have fielded an unchanged XI for two consecutive Test matches.

England announced their XI on the day before the Test, bringing in Moeen Ali and Sam Curran in place of Ollie Pope and Chris Woakes, with Jonny Bairstow playing as a batsman only. Moeen, who last week scored 219 and took eight wickets for Worcestershire in the County Championship, has ostensibly been picked for his batting skills, but his offspin could also prove crucial given that Ben Stokes has a bit of stiffness in the knee and may not be able to bowl a lot of overs.

England lead the series 2-1 with one to play at Kennington Oval next month. 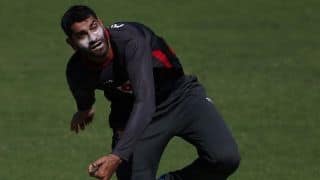 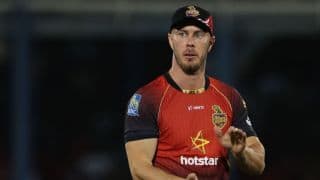