Gavaskar pointed out that Bumrah needs to find a solution to his overstepping woes urgently as it affects both him and the team.

Former India captain Sunil Gavaskar has expressed his concern over fast bowler Jasprit Bumrah s tendency to frequently overstep in international cricket. Bumrah, who infamously overstepped during the Champions Trophy final last year, erred once again during the first day of the fourth Test between India and England at Edgbaston. He stepped over the crease to a ball that seemingly had England skipper Joe Root out leg before wicket. But as India took the review, the decision was turned down even though the ball seemed to be crashing onto middle and leg.

Thankfully for India, Ishant Sharma removed soon and it didn t hurt them much, though in his column for Times of India, Gavaskar pointed out that Bumrah needs to find a solution to his overstepping woes urgently as it affects both him and the team.

“Joe Root is going through a rough patch where he is falling over to the off-side and thus ending up playing across the line to be out leg-before wicket. He had earlier escaped a similar dismissal when Bumrah overstepped again,” Gavaskar said.

“This is something that he has to work really hard at for it s not just frustrating for him individually, but annoying for the team too as they feel they have got a wicket only to be denied because the bowler has overstepped. For a fast bowler, having to bowl an extra delivery is also tiring work.”

Gavaskar, the first Indian to get to 10000 Test runs, acknowledged the intensity with which the Indian pacers performed. England were reduced to 86/6 soon after lunch, and even though Sam Curran s knock inspired them to a total of 246, India went into the dressing at stumps happier of the two sides. Gavaskar was particularly impressed with the bowlers since they troubled England on a surface good for batting and weather had no role in their collapse.

“India s bowlers kept the pressure on the England batsmen with another terrific performance to rattle their batsmen, ” Gavaskar said. “Everybody who had a close look at the pitch said it was a beautiful-looking pitch, perhaps the best they have seen so far in the series. The pitch had no part to play in the dismissals of the England batsmen as it was tremendous bowling by the Indian seamers that got the batsmen out.

“Mohammed Shami has bowled well without getting the rewards and there was pressure on him to get wickets. He responded by getting the crucial wicket of the previous Test match centurion Jos Butler as he fell chasing an out-swinger to be caught by Kohli.”

Another issue which Gavaskar raised for the lack of runs from England openers. Once again, the pair of Alastair Cook and Keaton Jennings couldn t get going, and both found strange ways to get out. Jennings, who had no clue to Bumrah s pace, got himself in a tangle and offered no shot as the ball rapped on his inner pads. He was declared out. Cook, on the other hand, having done the hard work of playing 55 balls, late cut a delivery straight to the fielder to extend his poor run of scores.

“When the England squad was announced for the Test, there were questions asked about Keaton Jennings place. He shouldered arms to a ball that nipped back slightly and showed how low he is on confidence,” Gavaskar said. “Alastair Cook looked better than he did in the earlier Tests and was moving his feet positively, but he got out to a poor shot after doing all the hard work”. 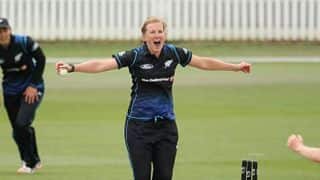