Michael Vaughan, the former England captain, has termed England s 60-run win over India at The Ageas Bowl on Sunday as their best of the series.

Michael Vaughan, the former England captain, has termed England s 60-run win over India at The Ageas Bowl on Sunday as their best of the series.

England won by 31 runs at Edgbaston and an innings and 159 runs at Lord s, before losing at Trent Bridge to set up the fourth Test as a must-win for Joe Root s side. As it turned out, they needed less than four days to beat Virat Kohli s India, and Vaughan singled out this win as the sweetest because of how hard England had to battle at Southampton.

Of the three victories, this has been the most impressive by England because of the conditions here, he told BBC s Test Match Special. These are the conditions that India play so well in so it’s a fantastic effort by England. Though over a series in English conditions, England are the better side. This match had so many ebbs and flows, it’s really tested the character of this England team and it should give them a lot of confidence going forward. That’s a really good, characterful performance by this England side.

Vaughan, who had on Saturday praised Moeen Ali for performing far better than India s offspinner R Ashwin, echoed his stance that the recalled allrounder was the difference between the two teams. Moeen, after taking 5/65 in India s first innings, finished with 4/71 on day four and was named Man of the Match in his first Test since he was dropped in March.

Moeen Ali completely out-bowled Ravichandran Ashwin, said Vaughan, who played 82 Tests. Moeen Ali has a lovely ability to shape the ball away from the right-hander, he bowls a beautiful pace and he just needs to be confident that he can do it. Hopefully it will give him a big confidence boost – England were only defending 245, India needed one more big partnership than they got and Moeen bowled them out. I want to see him show that he can be and will be England’s senior spinner.

For Vaughan, the debate as to who England s premier Test spinner is had come to an end. Moeen Ali back in the team – it’s seems to be working this culture of dropping and recalling players. Maybe they all need dropping! he said. Moeen has got to accept he is the number one spinner in England’s Test team. I don’t want to hear him say he’s the number two anymore.

Moeen batted at No 3 in England s second innings – having revealed that Root casually asked him to when India were eight wickets down in their first innings – but Vaughan was of the view that England should persist with Moeen at one-down.

Moving forward Joe Root will bat at number four and full credit to Moeen Ali for agreeing to bat at three as he does for Worcestershire, he said. You’ve got the best opportunity to get really big scores when batting at three. 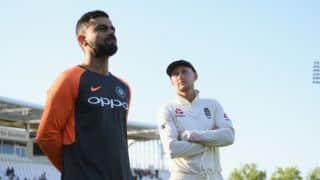 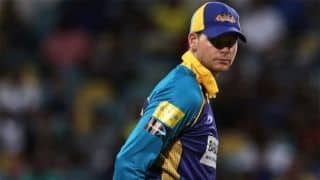