“Well that worked, with Moeen Ali batting three,” commented Boycott as reported by the Cricketer. “It’s not fair on him. They’ve tried him before up front. That was a wasted idea.

The 77-year-old also criticised the England openers – Alastair Cook and Keaton Jennings who have so far managed 109 and 130 runs, respectively, in seven innings in the series so far.

“It’s ridiculous. You’ve got to find five batsmen. (Joe) Root wants to bat four, he’s got four in this match, and I agree the best player has to have the position he wants, he said adding, “Bairstow doesn’t want to bat four, he wants to bat five or six. He’s got five in this match. But you can’t carry on with your openers averaging 20 or so. Your number three sometimes has to be an opener but he’d like to come in when your 80 for one, once in a while.”

However, Boycott was happy to see bat and No.4, but said the selectors would need to identify a proper No.3 batsman. “You can’t keep, because you have no confidence in the batsmen, picking all the allrounders. I like Root at four. He’s gone to three because of the problems in the batting order but he’s on record saying he prefers four, he added. 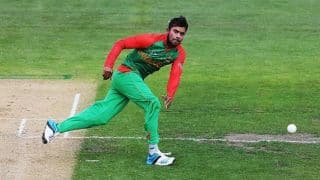