The England and Wales Cricket Board (ECB) on Wednesday said in a statement on its website that it will not be naming a replacement for Ian Bell, who was ruled out of the fifth and final One-Day International (ODI) of the five-match series against India here on Friday due to a broken toe.

“England and Warwickshire batsman Ian Bell has been ruled out of the final Royal London One-Day International against India on Friday with a small fracture to his left big toe sustained yesterday before the one-day international at Edgbaston,” the

“Bell will not be replaced in the squad for the remaining match,” it added.

England were initially planning to assess Bell’s injury in Thursday’s practice session, but have decided already he will not recover in time to play on Friday. Bell sustained the injury after he was hit on the left big toe while facing throw-downs in practice drills before yesterday’s nine-wicket defeat against India at Edgbaston.

He was replaced by Gary Ballance in the fourth ODI. India defeated England by nine wickets in Birmingham yesterday to take an invincible 3-0 lead in the five-match series. 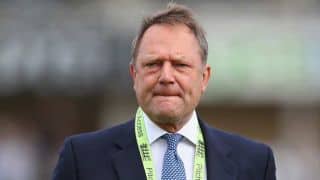 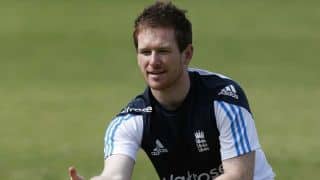