India vs England 5th Test at The Oval: Day 1 Preview

India vs England 5th Test at The Oval: Day 1 Preview
By Arunabha Sengupta

The skies are cloudy and there is a strong wind, and the start is delayed between India-England fifth Test at The Oval. Even the airport officials are not convinced of Indian chances. Arunabha Sengupta takes a look at the sight that greets the visitors before the Test kicks off.

It is a typical London morning, dank, gloomy, overcast and – ominously – windy. The forecast is mixed. It will clear up and become bearable, while some parts of greater London will remain susceptible to heavy showers.

Right now, there is a sort of ethereal light around the ground, with the sun trying its hardest to peep from behind the formidable cloud covering.

As this correspondent flew back into the London City Airport, the genial Immigration Officer asked his standard question, “Purpose of visit?”

“The Test match,” I replied.

He looked at my passport and then at me, a wicked twinkle in his eye. “You still want to?”

Yes, it is easy to write India off. But this great sporting arena, with the old pavilion building and the gas fittings around it, where the public and the press are closer to the ground than anywhere else, has seen plenty of amazing turnarounds.From Fred Spofforth’s spell in 1882 that gave rise to lore of the Ashes, to Gilbert Jessop’s 102 in 1902 that still stands as one of the most miraculous innings of cricket history, to Sunil Gavaskar’s 221 in 1979 which almost ended in a fairytale victory for the Indians right up to the present day.

The first hour will be extremely crucial, given that there is a cross breeze with overcast conditions, and there happens to be a greenish tinge on the wicket. Like Manchester, the very early moments can be decisive in this Test as well.

A lot depends on how the Indians can get their acts together and produce an inspired Independence Day performance. With most of the top order coming off as a damp squib throughout the series, floodgates can open for some serious Indian runs in this Test match. They can take heart from the fact that the arena is not the favourite of the English spearhead James Anderson.

One also hopes that the Indian bowlers will also be able to utilise the conditions to ensure a more even contest than the last two games. The Oval track has been known to help the spinners as the game progresses, and perhaps the Indian tweakers will be able to produce some sting in the tail end of the series.

The news from the ground is that overnight and early morning showers have rendered the outfield suspect and there will be an inspection at 10:45. Which means a delayed start. But if the weather follows the dictates of the forecasts and humours the fans by clearing up, one can expect a fairly full day’s play. 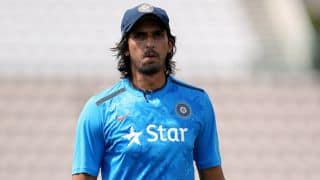 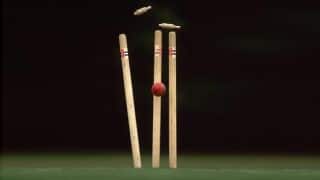