Chennai: The fifth and final Test match between India and England will start as per schedule on December 16 at the Chepauk despite the severe cyclone Vardah that lashed the Tamil Nadu capital last evening. Tamil Nadu Cricket Association secretary Kashi Viswanathan said that although centre strip and the outfield have not been affected by the cyclone, the sight screen has been badly damaged, the bulbs of the floodlights blown off, a number of air-conditioners also got damaged and those need to be set in order in the next two days. “The assuring part is that the pitch and the outfield has not been affected by the cyclone. But sightscreen has been damaged. The bulbs have blown off, air conditioners damaged.

There have been hundreds of tree trunks lying in the road leading upto the stadium. Our challenge is to set everything in order in the next two days. I am confident we will be able to set everything right,” Viswanthan told PTI. The veteran administrator also informed that like other years, three blocks will remain closed.

Meanwhile, in the fourth Test at Mumbai, a dominant India completed formalities by crushing England in the fourth cricket Test by a whopping innings and 36 runs margin to clinch the five-Test series 3-0. Spin wizard Ravichandran Ashwin blew away the lower order with another superb effort of 6 for 55 as England were bundled out for 195 in 55.3 overs with just eight overs being required on the final day. This is the first time in India that a visiting team has lost a Test match after scoring 400 runs in their first innings.

Ashwin got his 7th 10-wicket haul in Test cricket to finish with match-figures of 12 for 167 and is now only has chief coach Anil Kumble’s milestone of eight 10-fors in-front of him. This is also the fifth (rpt fifth) successive series win under Virat Kohli having started the juggernaut last year in Sri Lanka (away) followed by South Africa (home), West Indies (away), New Zealand (home) and now England.

The series win also meant that India regained the Anthony de Mello Trophy having lost it to Alastair Cook’s men in 2012. The next Test in Chennai starting December 16-20 has now been rendered inconsequential. There was no resistance from England in the morning session as Ashwin took four wickets in four overs to complete the formality. Jonny Bairstow (51) was out to a carrom ball, Chris Woakes (0) was dismissed by an off-break while adil Rashid’s flick to deep mid-wicket completed his 24th five-wicket haul in Tests.

The moment Anderson flicked one to Umesh Yadav, it was all over in a flash as Ashwin and centurion Murali Vijay picked up a stump as a souvenir. Acknowledging the capacity Wankhede crowd which has provided vociferous support, the Indian team led by their charismatic skipper took a lap of honour as the entire stadium gave them a standing ovation. It was a Test match where India literally dominated the proceedings save the first day. 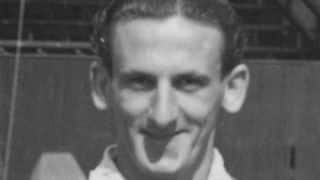