Former India captain Sunil Gavaskar believes that young Prithvi Shaw can be played as an opener in the fifth and the final Test against England at the Kia Oval.

Former India captain Sunil Gavaskar believes that young Prithvi Shaw can be played as an opener in the fifth and the final Test against England at the Kia Oval.

“I believe you can play Prithvi Shaw, there is no harm in playing him as an opener,” Gavaskar told India Today. With the series lost, India can afford to experiment by getting Tests to Shaw, Hanuma Vihari and even Shardul Thakur.

Shaw, 18, has had an eventful India A tour of England scoring 603 runs in 10 innings. A teenage prodigy, he made his Ranji Trophy debut for Mumbai in the semi-final of the 2016-17 season as a 16-year-old, scoring a century. In 14 first-class matches since then, Shaw has scored 1,418 runs, including seven centuries and five fifties.

Poor form of Dhawan along with his opening partners K L Rahul and Murali Vijay have been a cause of concern for India during the Test series as they haven’t fired at all in the four Tests played so far.

Dhawan has scored 158 runs from three matches so far while Rahul has managed 113 from four matches. Vijay, who was dropped from the squad for the last two Tests, managed 26 runs from two matches.

Commenting on coach Ravi Shastri claim that despite the series loss, this Indian team has achieved more than than that previous Indian teams in the last 15 in years in just three Tests, Gavaskar said: All I can say is that no Indian team has won in Sri Lanka for a long time. But we have won in the West Indies, in England, Test matches in Australia and South Africa.

Gavaskar, once a teammate and captain of Shastri, recalled some of the series wins abroad by Indian teams of the past.

“The last time India won a Test series in England was in 2007, under Rahul Dravid’s captaincy.

The batting great said, “What I can say is that teams in 1980s have won in England and West Indies. Rahul Dravid also won series in West Indies in 2005, in England in 2007 and captained when India beat South Africa for the first time (in South Africa).

“Dravid gets very little credit for his leadership and his team’s wins. There have been teams who have won overseas,” he added. 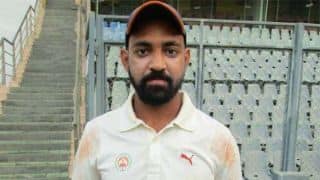