At 6/1, KL Rahul and Cheteshwar Pujara saw off a probing spell from Broad and James Anderson for India to take tea at 53/1.

On Friday, India had brought England down to their knees. But as has been the pattern in this series, England s knee-jerk reaction has mostly been a counter-attacking one. This was evident once again on the second day of the fifth Test where England s tail wriggled them out of trouble with Jos Buttler leading the way once again.

England s leading-run getter in this series (349 and counting), Buttler brought up his second half-century of the series and forged two crucial partnerships to steer his side to 332 in the first innings, way more than England would have hoped for at the start of play. India in reply, were jolted early, again. Stuart Broad struck off his first ball to send back Shikhar Dhawan. At 6/1, KL Rahul and Cheteshwar Pujara saw off a probing spell from Broad and James Anderson for India to take tea at 53/1.

Broad sent in an inswinger first up, and Dhawan, prodding forward, was not able to get in line and was given out leg-before. Before he could review, time had run out, which meant that Pujara was exposed to the new ball. But with the surface easing out to bat even further, India s No. 3 looked comfortable and patient. His unbeaten 14 comprised three boundaries, a flick, and a couple of regal-looking drives; all well-timed.

Rahul, for the first time in the series, batted with confidence and intent. He started off with a backfoot punch that fetched him three and was willing to take the risk. He cut close to his body, his footwork remarkably improved. This was the most confident Rahul had looked this series. And that wasn t all. Earlier, he had taken a stunning catch running backwards to end the 98-run ninth wicket stand that had frustrated India in the morning session.

England introduced Moeen Ali, and he almost had Pujara when the batsman offered a faint nick. The ball went quickly to Alastair Cook at short-leg, who despite getting a hand to the ball, put it down. Tea was taken with Pujara and Rahul looking firm with a 47-run stand.

India must be tired by the number of time they ve had to see Buttler dig England out of trouble. His fighting partnership with Ben Stokes at Trent Bridge came in a losing cause, followed by a crucial stand with Sam Curran at Southampton, that set up England s series-clinching win. The trend would continue at The Oval. The wicketkeeper batsman, celebrating his 28th birthday, put on 33 with Adil Rashid and an unbeaten 90 with Broad, flattening an Indian attack that began with plenty of intensity.

Ishant Sharma had his tail up from the moment he bowled the first over of the day. He troubled Adil Rashid with his swing and induced false drives from Buttler. But the edges hardly arrived, and the ones that arrived either fell short of went past the slip fielders. Rashid, having struck a couple of boundaries survived a close shout off Ishant, but Bumrah avenged him by pinning him in front of the stumps, the review not saving him.

Buttler got a move on once Rashid s wicket fell. A few edges and some crisp drives. There was nothing extravagant. Despite plenty of men on the boundary, Buttler was able to pierce the gaps and get the boundary. He played away from his body but nullified the risk by brilliant timing. He was pleasantly surprised to see Stuart Broad regaining confidence and getting some runs with the bat. Their alliance is now the fourth-highest ninth-wicket stand for England against India.

The Indian pace battery lacked the spunk shown last evening. Once again, there were plenty of play and misses but at times, they bowled too full. The half-volleys were what Broad and Buttler capitalised on. Towards the end, England seemed like getting a move on. Buttler ran hard between the wickets, and Broad began slashing deliveries outside off. Runs began leaking.

The frustrating stand was broken by a tremendous effort from Rahul at long-on, who took a catch running behind. Buttler, getting a move on, fell 11 short of his second century of the series, giving Ravindra Jadeja his fourth of the innings. 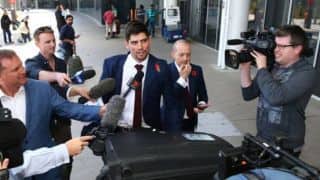 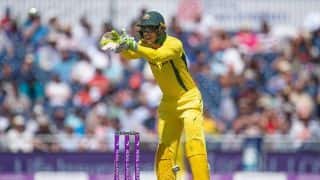