Statistical highlights of the first one-dayer between India and England played at the Rajiv Gandhi International Stadium in Hyderabad. 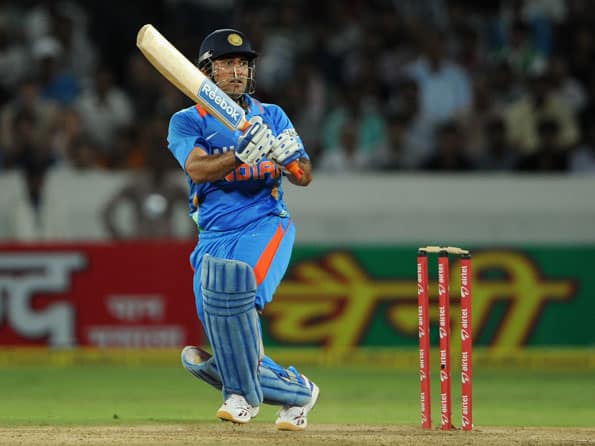 Statistical highlights of the first one-dayer between India played at the Rajiv Gandhi International Stadium in Hyderabad.

# Mahendra Singh Dhoni is averaging 49.15 in ODIs this year, totalling 639 runs in 20 matches, including five half-centuries.

# Dhoni is the first Indian wicketkeeper to take 20 catches in India-England ODIs, emulating Matt Prior’s feat for England against India.

# Alastair Cook (60) has recorded his ninth fifty in ODIs – his third against India. As captain, he is averaging 56.91 in ODIs – 683 runs in 14 matches, including a hundred and six fifties.

# Ravindra Jadeja (3/34) has registered his best bowling performance against England in ODIs, obliterating the 2 for 42 at The Oval on Sepember 9, 2011.

# Jadeja’s performance is his second best in ODIs, next only to the 4 for 32 against Sri Lanka at Cuttack on December 21, 2009.

# India recorded their first victory in four games at Rajiv Gandhi International Stadium, Uppal, Hyderabad. They had lost by 5 wickets to South Africa on November 16,2005; by 47 runs on October 5, 2007 and by 3 runs on November 5, 2009 – both to Australia.

# India have posted eight totals of 300 or more against England in ODIs.

# Ravichandran Ashwin (3/35) produced his best bowling performance against England – his second best in ODIs, next only to the 3 for 24 against New Zealand at Chennai on December 10, 2010.

# Dhoni, for the first time, has posted four successive fifties in ODIs all against England – 69 at The Oval, 78 not out at Lord’s, 50 not out at Cardiff and 87 not out at Hyderabad.