Here's the list of three players who can replace India's premier all-rounder Ravindra Jadeja in the upcoming four-match Test series against England. Plagued with injuries and other setbacks during the tour Down Under, India struggled badly to field a fit playing XI in the four-match Test series against Australia. From Mohammed Shami’s forearm fracture to Jasprit Bumrah’s abdominal strain, KL Rahul’s wrist sprain to Ravichandran Ashwin suffering back spasms – Team India resembles a mini-hospital and coach Ravi Shastri and stand-in captain Ajinkya Rahane had to put their wits to put together a fit eleven in Australia. However, all the injuries were unfortunate for the visitors but there’s one injury that hurt India bad and it was of their premier all-rounder Ravindra Jadeja.

Jadeja received a knock on his left thumb from a short delivery bowled by Mitchell Starc in the third Test in Sydney. Later, the scans revealed dislocation as well as a thumb fracture. The injury ruled out the 32-year-old for at least a couple of months, ruling him out of the England home series as well. After undergoing an operation in Sydney, Jadeja continued his rehabilitation at the National Cricket Academy (NCA) in Bengaluru for further management of his injury. In this piece, we take a look at three players who can replace the enigmatic all-rounder in Team India playing XI for the first Test versus England in Chennai.

Just like Jadeja, Hardik Pandya is known for his swashbuckling batting style, outstanding fielding, and street-smart bowling. Since making his Test debut for India against Sri Lanka in 2017, Hardik has failed to cement his place in the playing XI due to injuries and other factors. However, the England series present a great opportunity for the pace-bowling all-rounder to showcase his worth and prove his credentials in the whites. An already established playing in the limited-overs format, the 27-year-old Pandya has played 11 Test matches so far in which he ha scored 532 runs at an average of 31.29. He has also hammered four half-centuries and one hundred in 18 innings he batted.

However, Hardik won’t be exactly a like-for-like replacement for Jadeja as the former is a right-arm fast-medium bowler while Jadeja is a leg-spinner. But, there’s one thing that might go against Hardik and it is his ability to bowl longer spells in Test cricket. Due to his back surgery, Virat Kohli and Co. might need to play him as a specialist batsman.

After making his dream debut in Brisbane at The Gabba, Washington Sundar has presented a strong case for himself to be included in India’s playing XI in the longer format. Playing in place of Ravi Ashwin in the fourth Test against Australia, Sundar straightaway impressed experts and fans with his fighting spirit both with the bat and ball. His maiden Test wicket came in form of Steve Smith, while he scored a sensational half-century in his first innings in Test cricket to announce his arrival on the big stage. The 21-year-old scored 84 runs and picked up four wickets overall and contributed handsomely in India’s memorable win versus Australia in Brisbane.

In absence of Jadeja, Sundar can be a solid replacement in India’s playing XI for the first Test against England, beginning on February 5 in Chennai.

After warming the benches in Australia for the entire four-match Test series, Kuldeep Yadav is most likely to replace injured Jadeja against England in the upcoming Test series. Out of all the three aforementioned players, Kuldeep has an excellent record while representing India in a handful of Tests in the purest format of the game. What else can go in Kuldeep’s favour – he belongs to a rare breed of Chinaman bowler in the modern era.

In the absence of Jadeja, the 26-year-old Kuldeep can provide the team a right balance and form a stable spin combination with senior off-spinner Ashwin. Kuldeep has played 6 Test matches thus far but has managed to scalp 24 wickets at an economy of 3.51 and an average of 24.1. Kuldeep boasts of having an equally impressive record in first-class cricket where he has picked 121 wickets in 31 games. 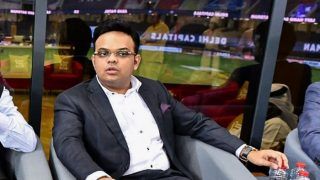