The cameras used for HotSpot are military-grade and their shipping required special permission from the Australian government.

The Board of Control for Cricket in India (BCCI) agreed to use DRS in the five-Tests against England in India that is set to begin from November 9. However, the Hotspot tool will not be part of the DRS. The last time the DRS system was used against England in 2011, many were not impressed with the HotSpot services. At the time, Ravi Shastri during his commentary session mentioned, HotSpot has gone cold. This, logistical issue is the reason for missing out HotSpot. A month ago, BCCI had requested for HotSpot, if they could provide the equipments for the same. However, the board had take any decision regarding the DRS then. FULL CRICKET SCORECARD: India vs England, 1st Test at Rajkot

BCCI were told, the HotSpot and Realtime Snicko would take atleast mid-November to transport the hardware to India. That was not a surety either. In worst-case scenario, BCCI would have to wait until mid-February HotSpot and Realtime Snicko in working order. As reported on ESPNCricinfo.com, this was because the cameras used for HotSpot are military-grade and their shipping required special permission from the Australian government. The match that is to be held at Rajkot on November 9, will have DRS minus HotSpot. ALSO READ: India vs England: DRS all set for India debut amidst growing debate

However, the UltraEdge system will help to provide accurate information. The board spoke about the DRS system and mentioned, UltraEdge also ensures that post-impact balls do not affect the predicted path or impact point and hence the accuracy has been improved.

UltraEdge will be used for detection on edges, catches through hitting the bat-pad and for the lbw dismissals. Meanwhile, England have bossted their squad with the inclusion of James Anderson, as confirmed by England skipper Alastair Cook. 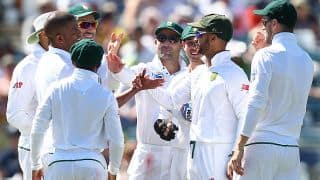 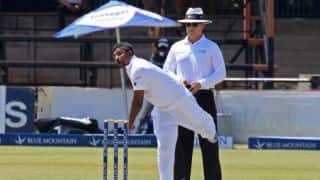