It was world-record holder Mithali Raj that played a cameo of 71 runs to power India to 281 for 3 in 50 overs.

In the opening match of the ICC Women s World Cup 2017, hosts England took on India at County Ground, Derby. Winning the toss under mildly overcast conditions England asked India to bat. For India, it was the in-form pair of Smriti Mandhana and Poonam Raut that exploded with a mammoth 142-run opening stand. Both sadly missed on respective hundreds. But it was world-record holder Mithali Raj that played a cameo of 71 runs to power India to 281 for 3 in 50 overs.

Openers Smriti and Poonam gave India a blistering start. In particular, Smriti took Katherine Brunt apart, whipping her for 4-fours in an over. While Smriti smacked the English attack head-on, Poonam stood at the other end admiring her partner.

Admist all the carnage in the middle, Poonam was lucky to survive after Tammy Beaumont dropped her at mid off on 21. Smriti cruised towards his 6th ODI fifty in just 45 balls, rightfully off a crushing four on the off side. Soon the pair crossed the 100-run mark in just 127 balls that saw as many as 12 fours and one six.

This was also the third time that an Indian opening pair has had a century run stand in world cup. India pulled a rabbit out of the hat taking Powerplay 2 in just 23rd over.

Smriti fell short of her second ODI ton by 10 runs. Trying to pull a slower ball from Heather Knight, she gave the fielder at short mid on a simple catch for 90. This brought an end to the mammoth 144 run-stand between Poonam and Smriti; third highest for India in World Cups and highest vs England Women for any position.

Skipper Mithali Raj came out in the middle ahead of Deepti Sharma. Capped with a floppy hat, Mithali and Poonam continued to milk runs and push the score past 150 in no time.

Just after crossing the 50-run stand, Mithali took charge and opened up the floodgates for India. In a bid to score quick runs, Poonam gave her wicket away at 86. Danielle Hazel gave the ball extra flight that deceived Poonam into a mistimed sweep shot that found the fielder at mid wicket.

The pair had added 78 runs for the second wicket.

As expected hard-hitting Harmanpreet Kaur came out at No.4.

Mithali brought up her 47th ODI fifty from just 56-balls. This was also her seven consecutive ODI fifty for India; a world record. India in this innings also went past their highest ever ODI score against England (243).

Mithali along Harmanpreet tore into the final few overs smacking 59 in just 45-balls. Mithali fell on the final ball of India’s innings on 71 to Heather.

India closed their innings on 281 for 3 with Harmanpreet not out on 24*.

This means England will have to break their all-time run chase record if they are to win the tie. 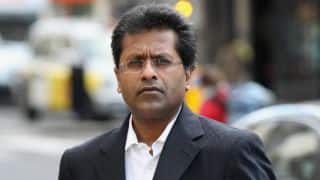