The 34-year-old paceman James Anderson, England's record Test wicket-taker, is coming off a shoulder injury which ruled him out of the drawn series in Bangladesh

Rajkot: England pace spearhead James Anderson says he is hopeful of being declared match fit to play in the second Test against India starting November 17 in the port city of Visakhapatnam. The 34-year-old paceman, England’s record Test wicket-taker, is coming off a shoulder injury which ruled him out of the drawn series in Bangladesh and there were fears that he would miss most of the India tour. However, Anderson sounded optimistic about returing to playing XI next week. “I had a good week at Loughborough last week, bowling to get some overs under my belt. Hopefully I can keep that going this week and get some miles into my legs to make sure I’m as fit as I can be and maybe be fit for the second Test,” Anderson told ‘Sky Sports’. Live Cricket Scorecard: India vs England 1st Test at Rajkot

Returning from a stress fracture in his right shoulder, Anderson’s last Test appearance came in August against Pakistan at the Oval.”It is still over a week away. It is hard to say right now, but it will all depend on how this week goes. I’m sure in the next two of three days we will have a good idea of whether that is a possibility or not. At first we thought maybe missing four Tests was a possibility, but the way I have progressed over the last two or three weeks has been positive.” LIVE CRICKET UPDATES: India vs England, 1st Test at Rajkot

The Lancastrian added, “At the tender age of 34 I’ve got enough experience to get into match mode quite quickly. Obviously it is not always easy without having any games under my belt, but I think I am able to do that.” Anderson congratulated his pace bowling partner Stuart Broad after he followed in his footsteps and won his 100th Test cap in the onging opening Test in Rajkot. “I thought I was going to miss it, with the injury and stuff, but it is great I could make it out here in time and see him get his cap this morning off Straussy (Andrew Strauss),” Anderson added.

“What an amazing achievement. He has been a fantastic bowler for years, I am fortunate to have played the majority of his 100 Tests as well, and created a great friendship on and off the field. I am just delighted to be here.” 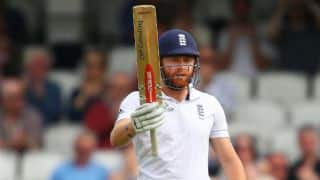 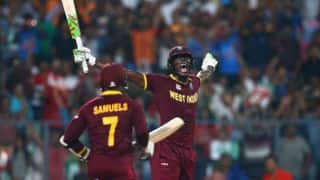