Catch live scores and updates of the 1st ODI between India and England here.

(After the Test drubbing India aim to fight back against England in the ODI series. Catch live cricket score and live updates of the match here)

Match Result: The match has been abandoned without a bowl being bowled. The umpires were willing to wait til 15:47pm local time (20:17 IST). But the heavy rain makes it impossible for the ground to be ready in time.

There are 15 men on the outfield looking knowingly at puddles. — Peter Miller (@TheCricketGeek) August 25, 2014

It needs to stop raining by 2.38 or this game is off

Who invited the Bristol pitch to Ice Bucket Challenge? #IndvsEng

We are hoping a ray of sunshine bursts through those clouds soon! #ENGVIND pic.twitter.com/TzpG9J1WcI

Meanwhile, in Harare, Glenn Maxwell and Mitchell Marsh went berserk against the hosts and the Australians are closing in on the 350 mark. Catch the updates here.

will be very surprised if we get a ball in today. super soppers working but rain unrelenting.

The rain is persistent in Bristol. Even if the match begins, light could be an issue as there are no floodlights at this venue. #EngvsInd

The captains are out in the middle, along with the match referee! MS to soak in the rain! #EngvInd

India still have a stranglehold on this one…

You can also catch our coverage of India women and England women, 3rd ODI here

If you liked the earlier one, Check this out….Helicopter shot in 2002 — much before our captain played his first game for India.

Oh boy…..The intensity of the rain has increased is what we hear. Meanwhile the skies have cleared out in London, where India women are playing England women.

For all the Sachin fans out there… Here is a rewind of the master’s heroics in World Cup 2003. Don’t forget to check out his six of Andy Caddick.

This is the first time an #ODI series/tournament began on a Monday in England since the very first series in 1972! #EngvInd

Its still raining heavily at Bristol and there play is still unlikely for another hour or so. Some of them have already lost hope of any play today. Don’t lose hope guys…Remember the Champions Trophy 2013 final?

Update: It has been raining all night at Bristol and the covers are still on. The toss has been delayed.

Hello and welcome to CricketCountry’s live blog of the first One-Day International (ODI) between India and England at Bristol. I am R Vishal and I will be bringing you the live updates of the match. After the 1-3 drubbing in Tests, Indian team has faced criticism from all sides. Moreover, the change in support staff and appointment of ‘Team Director’ Ravi Shastri has ensured that the visitors grabbed the headlines more often than the hosts. On Monday, India will have to keep aside all the chaos and look to perform in a format where they are ranked No 2.  Read the preview of the first ODI here

This series will kickstart the preparations for the ICC World Cup 2015 next year. India have some new faces in the team. Young, talented Sanju Samson and all-rounder Karn Sharma are part of the squad and pacer Dhawal Kulkarni too made it to the squad. It will be interesting to see whether India opt for new players. Here’s CricketCountry’s playing XI for the match

Indian openers? India though will be worrying about their opening pair. Rohit Sharma and Shikhar Dhawan are yet to fire since the home series against West Indies. They have averaged 23.60 in the 11 innings together. Read a detailed report 0n India’s possible opening combinations here.

Past record: India have a good track record at Bristol as they have won all their three games here. But on all the three occasions, it was Sachin Tendulkar who had made a mark, smashing two tons and a 99 in those three matches.

The England camp seems settled and Alastair Cook has already declared the inclusion of Ales Hales in the playing XI. Hales will add more positivity to the innings with his aggression. England also have the services of their lead pacer James Anderson. Ian Bell, Joe Root and Gary Ballance make up a formidable middle-order. Here’s an analysis of England’s possible batting line-up. 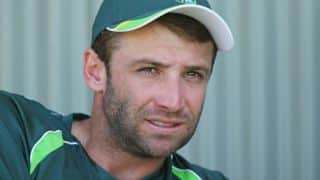 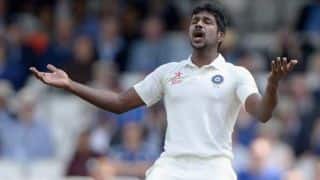