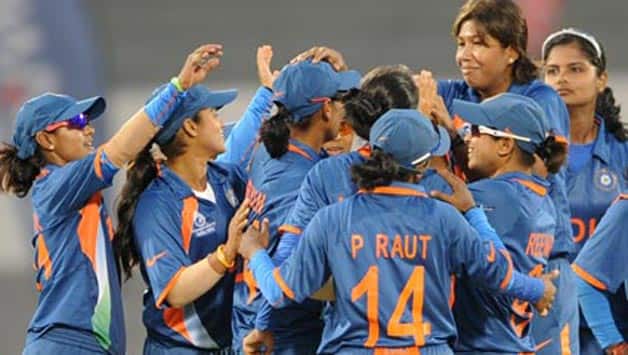 England on the other hand was beaten by Sri Lanka in their opening Group A encounter of the ICC Women’s World Cup 2013.

India skipper Mithali Raj is unperturbed about her team playing its first day game in the ICC Women’s World Cup against holders England in Mumbai on Sunday, as she felt it won’t make much difference barring some assistance that the bowlers would get in the morning.

“I don’t think there is a lot to get adjusted to, because it is not real winter, like what we get to see up north where the dew factor or moisture is heavily in the air.”

“Other than that, I think the wicket is behaving beautifully in both the innings,” Mithali said at the pre-match press conference on Saturday at the Cricket Club of India.

“I think playing a day game will not affect us much, what we saw was that ball wasn’t doing much. Maybe in the initial 4-5 overs, but it was the same throughout the day,” she added.

India’s day game against England follows the day-nighter that the team won easily against the West Indies in their opening Group A match on January 31.

The host nation will play against Sri Lanka in a day-night match on February 5 at the same Brabourne Stadium.

The number one ICC-ranked woman cricketer exuded confidence ahead of the important clash and said the team was well prepared to face any situation.

“I think England has got a very good batting line-up but I don’t think they are very strong in their bowling attack other than Katherine Brunt. They heavily depend on her for the breakthroughs,” she said.

“We played England last year as well, most of our batsmen are comfortable playing their bowlers. I would say tomorrow is a different game…We are expecting all kinds of situations and we are prepared for everything,” she added.

Asked if England would come hard after losing against Sri Lanka, Raj said, “I am sure they would field a strong side to play us in tomorrow’s game, we are well prepared for it.”

England’s one-down batter and wicket keeper Sarah Taylor missed the match against Sri Lanka due to a hamstring injury and Raj said even in her likely absence, the holders had a strong team.

“I think she has been one of the mainstays for England and a very compact number three player for England to score runs. It is unfortunate for her not to play that game. Without her also, England had a very good batting line-up,” said Raj.

The 30-year old further said that the tournament is wide open after England’s defeat.

“I did tell you the other day that the tournament is open because each and every team is scoring heavily, more than 200 plus. They are also able to chase. I think the tournament has opened up even more after yesterday’s upset,” she said.

This could well be India's World Cup