England will look to get an early breakthrough early on Day Three against India.

India resume Day Three of the first Test at Rajkot on 63 for no loss, still trailing India by 474 runs. The live telecast of the match will be shown with English commentary on Star Sports HD 1, Star Sports 1 and Hindi commentary on Stars Sports HD 3 and Star Sports 3. The live streaming of the match will be available on starsports.com. Gautam Gambhir is unbeaten on 28, while Murali Vijay is batting on 25. Both Indian openers negotiated the tricky period successfully and will be rearing to go when play resumes on Day Three. England were earlier bowled out for 537. Ben Stokes, Moeen Ali and Joe Root scored centuries to put England in a commanding position. Stokes was given many lives during his innings and as a result managed to get to his ton. There were handy contributions from everyone down the order as well. Full Cricket Scorecard: India vs England 1st Test at Rajkot.

Ravindra Jadeja was the pick of the Indian bowlers with three wickets to his name. Mohammed Shami, Umesh Yadav and Ravichandran Ashwin finished with a couple of wickets apiece, with Amit Mishra taking the other win. India have a deep batting line-up as well. They still have Cheteshwar Pujara, Virat Kohli and Ajinkya Rahane to follow. Their first target will be to wipe off the deficit. Moeen was batting on 99 at the start of Day Two, went on to add 18 more runs before he left a ball alone from Shami and crashed into his off stump. Jonny Bairstow and Stokes then added 99 for the sixth wicket at a quick pace to put England in command at the end of the first session of Day Two.

India will look to bat the entire day on Day three and look to get as close as possible to England s total as possible. It will not be easy as England too have some good bowlers like Stuart Broad, Moeen and Chris Woakes to name a few. This is left-arm spinner Zafar Ansari s second Test, after he made his debut against Bangladesh at Dhaka a week or so back. Adil Rashid on the other hand has had a lot of success in the limited-overs, but he has not been able to convert it in the Test arena. The spinners will play a major role in determining the outcome of the match. READ: India vs England, 1st Test: India reply solidly after England pile up 537

Ashwin and Jadeja did not have much success in the first innings, but England will hope that their spinners have different sort of success. England though will rely on reverse swing from the fast bowlers once the ball gets old to dismantle the Indians. 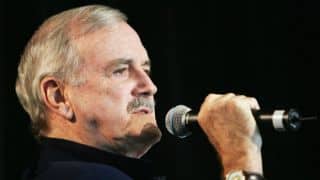