The live cricket streaming of India vs England, 4th Test, Day 1 is available online on Hotstar, while the live telecast of the match is available on the Star Sports Network.

Mumbai has been a happy-hunting ground for England, and it was evident in the last Test that England played here in 2012, wherein they registered a historic 10-wicket win. The likes of Virender Sehwag, Sachin Tendulkar, and Virat Kohli could not do much back then. Nevertheless, it was Cheteshwar Pujara, who played a commendable innings of 135, while for England, it was Graeme Swann, and Monty Panesar, who claimed 19 wickets in total. Four years later, these teams collide once again at this venue, as India aim to overturn the misfortunes they suffered in the Test back then, leading to a series loss.

Meanwhile, the BCCI on Wednesday announced as Manish Pandey as a replacement for Ajinkya Rahane, who suffered an injury to his hand during a training session. Shardul Thakur was named as the back-up fast bowler for Mohammed Shami, who is nursing a knee injury. Although Shami was doubtful and was certain to be replaced, Rahane s injury comes as a shock.

Earlier, during the pre-match press-conference Indian skipper Kohli stated, At this level, everyone is a professional cricketer, they understand this thing very well. So when they came back [to Mumbai], they were looking forward to the practise. That is necessary thing, this can only happen when one comes back mentally refreshed and then you are again excited to practise those skills. I think, as I have said this a good that, that we got a few days break. 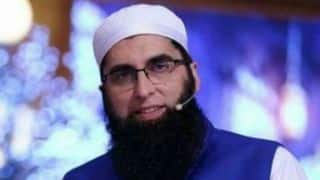 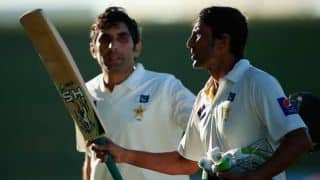