Lodha Committee on Thursday told the Indian Cricket Board that the "proposed MoU" between ECB and BCCI "is not a part of the mandate".

New Delhi: The Supreme Court appointed Lodha Committee on Thursday told the Indian Cricket Board that the “proposed MoU” between England and Wales Cricket Board (ECB) and BCCI “is not a part of the mandate” and no directions can be issued on payments unless details are furnished. Secretary Ajay Shirke had sought directions from the committee that since home board makes all the arrangements and payments for the visiting team during a bilateral series, whether they could ask ECB to make their payments as BCCI can’t carry out financial transactions. In their response, Lodha panel has stated: “The proposed MoU between BCCI and ECB concerns bilateral cricketing policy, the formulation of which is not a part of the mandate of the Committee. As far as payments are concerned, if they are to be made directly by the BCCI, no directions can be given by this Committee until relevant details are furnished by the BCCI.” FULL CRICKET SCORECARD: India vs England, 1st Test at Rajkot

The e-mail written by panel secretary Gopal Shankarnarayan, further stated: “To avoid any hindrance to the cricketing calendar and to ensure the continued enjoyment of the sport by its aficionados, the BCCI would be well advised to comply with the directions of the Hon’ble Supreme Court in its orders dated 18th July 2016, 7th October 2016 and 21st October 2016.”

The Panel, in a strongly-worded letter to president Anurag Thakur and Shirke, also clarified that “neither identification nor appointment of vendors or contractors is the task or function of the Committee” but they are required “to fix a threshold value”. The Lodha Panel also instructed BCCI to give all the necessary information regarding appointment of an independent auditor and awarding of IPL tenders by November 8. Moeen Ali, Adil Rashid security concerns ruled out by Reg Dickason

The committee again reminded BCCI chief Thakur “to give an unqualified undertaking on behalf of the BCCI to unreservedly comply with the order of the Hon ble Supreme Court dated 21st October 2016.” Shirke wanted directives on appointment of vendors for international and domestic season, IPL 2017. The Lodha Panel responded: “Please note that neither identification nor appointment of vendors or contractors is the task or function of the Committee. The Committee is only required to fix a threshold value and approving awards of contracts above such threshold value.”

Drawing the BCCI’s attention that the panel has not received any undertaking from the Board on emails dated 24th October 2016 and 29th October, the committee said, “It is clarified that the undertaking is necessary to implement the directions contained in the Order of the Supreme Court, dated 21st October 2016. The requirement for such an undertaking is not a mere formality. Sam Billings: Playing spin is one of my strengths

“In the absence of the undertaking, the Committee finds it difficult to implement the order of the Supreme Court by issuing necessary directions to BCCI.” For the purpose of fixing the threshold value and to appoint the independent auditor, the panel has asked BCCI to furnish six details:

1) The contract value of each of the individual contracts referred to;

3) The existing norms or guidelines relating to the appointment of vendors;

4) The tender processes followed for the different categories of vendors; Whether the contract is done through e-auction or not;

5) The cumulative value of contracts under each category and of all of them put together.

Panel secretary Gopal Sankaranarayanan further wrote: “It is only on examining the above that the Committee would be able to fix a threshold value and also assess the nature of work involved for appointing the independent auditor and formulating his terms of engagement. All of this information shall be submitted within 5 days from today.” 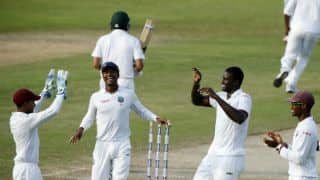