Hugo Barnard, official administrator at Lord’s, announced that Sachin Tendulkar and Ravi Shastri have been invited to ring the iconic Five-Minute Bell at Lord’s during the second Test between India and England, as reported by The Daily Observer. While Tendulkar has accepted the invitation for Day One of the Test, Shastri is yet to confirm his availability for Day Three.

Since Gavaskar and Pataudi, four Indians Dilip Vengsarkar (2011), Rahul Dravid, Kapil Dev, and Sourav Ganguly (all 2014) have done the same.

Ted Dexter and Anya Shrubsole will ring the bell on the second and fourth days respectively, while Lord’s are yet to announce the name of the candidate for the fifth day.

The Lord’s Test, the second of the five-Test series, will begin on August 9. England had won the first Test at Edgbaston by 31 runs. 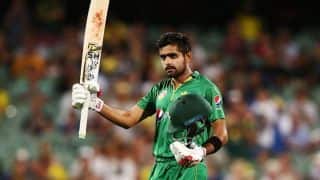