Nottinghamshire County Cricket Club have decided to stick to their 10 entry fee despite the fact that there won't be much in it for the crowd to enjoy.

There can be two outcomes of the third Test between India and England, at Trent Bridge, Nottingham, when play resumes on Day Five. England, requiring another 210 to win with No. 9 Adil Rashid and No. 11 James Anderson at the crease, are likely to fold sometime soon on the first morning (for all you know, it may last one ball). Alternately, rain may wash out the day to save England. Either way, it is not going to attract an English crowd.

Organisers typically admit spectators for free under such circumstances. Refunds are also a common practice. Not Nottinghamshire County Cricket Club, who have stuck to their 10 entry fee ( 5 for ‘juniors’).

This did not go down well with many, from former cricketers to media personnel to fans.

Aussie grounds sometimes do what they call gold coin entry on day 5, ie one or two dollars on the gate. In for a quid or two, buy food/drink once in. It s one way of inviting people in when you may see little action. Might encourage curious newbies too. A people s atmosphere AlisonMitchell (@AlisonMitchell) August 21, 2018

Of course, nothing in Nottingham is complete with a reference to their greatest hero.

#ENGvIND We always think long & hard about day five pricing when we go on sale each October. Sometimes you ll see a full day, sometimes a few overs. In 2013, the match was exceptionally well poised.

Thanks to every Member & fan for your ongoing support of Trent Bridge & England pic.twitter.com/G75NCG1aOe

There was advice from some quarters…

Just don t sell in advance for day five. Wait and see what the match situation is…

… but generally there was heavy outrage.

Deserve to lose Test match status for this tweet alone

Last heard, they aren’t going to do anything about this.

They could, of course, have cited the example of Eden Gardens, where, in 1976-77, a full house showed up with India requiring 21 to save the Test with three wickets in hand. But those were different times… 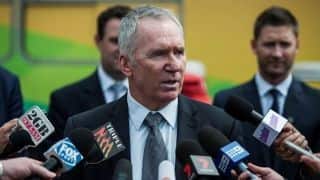 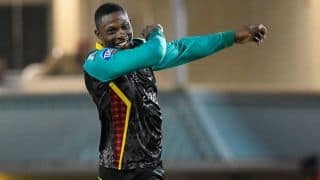