Kohli on Thursday assured a lengthy run as Test openers for Rohit Sharma and Shubman Gill following their impressive show vs Australia in Down Under.

Indian cricket team Virat Kohli on Thursday assured a lengthy run for Rohit Sharma and Shubman Gill as Test openers following their impressive performances in the recently-concluded Border-Gavaskar Test series in Down Under last month. Both Rohit and Gill played a crucial role in the historic Test series win against Australia. Gill, who scored 259 runs in three Tests which included two half-centuries, played a match-changing knock of 91 in the fourth innings of the Brisbane Test to put India in the driver’s seat. He missed a well-deserved hundred at The Gabba by nine runs. Rohit, meanwhile, scored 129 runs in two Tests with one half-century. The pair also scored two back-to-back half-century opening stands in the last two Tests which played a pivotal role in India winning the series.

“We are looking forward to giving Rohit Sharma and Shubman Gill a long rope as openers. We look forward to good starts from them in all the Test matches we play,” Kohli said during the pre-match virtual conference ahead of the four-match Test series against England, scheduled to begin on February 5 in Chennai.

Swashbuckling wicketkeeper-batsman Rishabh Pant will be preferred over the more experienced Wriddhiman Saha in the opening Test of the four-match series against England, Kohli said on Thursday.

“Rishabh Pant will start (in the first Test). He is in good headspace and he has come along very nicely. He is working hard on all aspects of the game,” Kohli said at the pre-match press conference.

Pant’s belligerence (89 not out) in the last Test in Brisbane propelled his team to an incredible 2-1 series win over Australia recently, coming days after he nearly saw India home with a fine 97 in the third match in Sydney.

And skipper Kohli is highly impressed with Pant’s showings. “There is good reason what he did in Australia gives all of us hope going ahead.”

Pant grabbed the opportunity with both hands after Saha’s twin failures in India’s humiliating defeat in the first Test in Adelaide.

Giving an indication into the combination India might prefer in the upcoming matches against England, considered as one of the world’s most balanced sides, Kohli said, “The focus will be on bowlers who can also bat.”

Speaking about his deputy Ajinkya Rahane, who masterminded India’s memorable come-from-behind series triumph in Australia after the regular captain’s departure for the birth of his child, Kohli said both of them share a ‘great camaraderie’.

Incidentally, the last Test match held at Chepauk was also between India and England, played in 2016, when India won in the final session of the fifth day after England had scored 470 in their first innings.

The big-ticket series, which will decide New Zealand’s opponents for the World Test Championship final, will begin in Chennai from Friday. 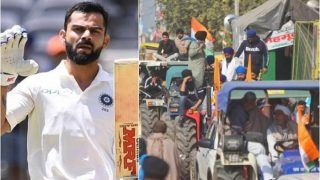 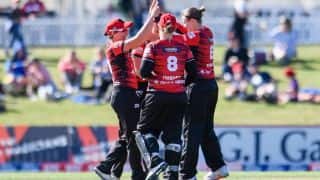