Ravindra Jadeja becomes the 12th Indian bowler to have taken this much wickets in ODIs and 68th overall.

Indian all-rounder Ravindra Jadeja completed 150 wickets today. He reached this landmark during the third One-Day International (ODI) of the three match series against England at Eden Gardens, Kolkata. It took him 130 games to claim his 150th wicket. Jadeja reached the mark after he dismissed Sam Billings. The English batsman opened batting in place of injured Alex Hales. It was the reverse sweep from Billings which brought wicket in Jadeja’s account. Jasprit Bumrah took the catch, who was standing at the edge of 30-year circle at short third man. Jadeja made his ODI debut back in February 2009 against Sri Lanka but scalped his first wicket in his fourth match against Australia. His first ODI victim was Australian legend Ricky Ponting. Jadeja got to the landmark in the eighth year of international cricket. His best bowling figures of 5 for 36 came against West Indies during the Champions Trophy 2013 at The Oval the only five-for in his ODI career.

The current series is the first home series for Jadeja in ODIs since November 2014 and the first at anywhere since January 2016. So far in ODIs, Jadeja has troubled the likes of Darren Sammy, Jonny Bairstow, Mahela Jayawardene and Joe Root, etc. He bagged Sammy s wicket on 5 occasions while Bairstow on 4 ocassions followed by Jayawardene and Root on 3. This wicket is Jadeja’s 23rd against England. He has been most successful against Sri Lanka, with 26 to his name. His best year in terms of bowling is 2012 as he got 22 wickets in that year.

Jadeja becomes the 12th Indian bowler to have taken this much wickets in ODIs and 68th overall. Besides bowling, Jadeja has also scored 1,878 runs and this makes him only 5th Indian cricketer to have made 1,500 runs with 150 wickets as well after Kapil Dev, Manoj Prabhakar, Sachin Tendulkar and Irfan Pathan. Overall, Jadeja becomes the 30th to do so. 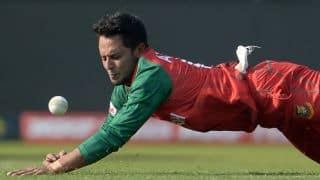 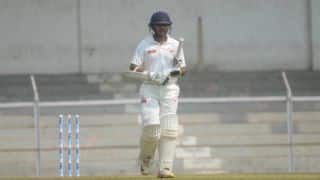