Statistical highlights on the third day of the second cricket Test between India and England, on Sunday. 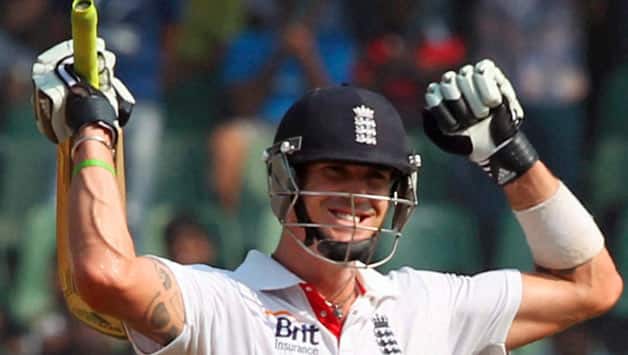 Statistical highlights on the third day of the second cricket Test between India and England, on Sunday.

# Pragyan Ojha has now taken five wickets or more in an innings for the fifth time in his Test career – twice each against England and the West Indies and once against New Zealand.

# Mahendra Singh Dhoni has become the second Indian wicketkeeper after Syed Kirmani (108 in 48) to complete a century of dismissals in India – his tally being 101 (83 catches + 18 stumpings) in 34 Tests.

# Tendulkar has not recorded a Test hundred in his last 28 innings – the most innings by him without a century.

# Tendulkar has been dismissed by Monty in each innings of a Test match for the first time.

# Tendulkar is averaging 22.83 in seven Tests this year – 274 runs in twelve innings, including a fifty.

# Monty Panesar‘s performance of 5 for 61 is his best in a Test innings against India. It is his 12th five-wicket haul in an innings – his second against India.

# Monty, for the first time, has recorded five wickets in both innings of a Test match.

# Pietersen is the third batsman to record 10 innings of 150 or more for England in Tests. He has joined Wally Hammond and Len Hutton.

# Pietersen’s 186 off 233 balls is the third highest by an England batsman against India in India – the two double centurions are 207 by Mike Gatting at Chennai in 1984-85 and 201 by Graeme Fowler in the same Chennai Test.

# Pietersen’s marvellous strike rate of 79.82 is the highest by a batsman registering 175 or more against India on Indian soil.

# Gautam Gambhir has recorded his first fifty in 10 innings in Tests. His unbeaten 53 off 109 balls is his 20th Test fifty – his third against England.

# Cook became the first batsman to post centuries in each of his first four Tests as captain – two against Bangladesh followed by two against India.