India skipper Virat Kohli said that he is feeling fine ahead of the third Test against England, thus ending speculations on whether or not the 29-year-old will play at Trent Bridge.

India skipper Virat Kohli said that he is feeling fine ahead of the third Test against England, thus ending speculations on whether or not the 29-year-old will play at Trent Bridge.

Feeling fine, feeling absolutely fine. It s been an issue that has been coming on and off again, said Kohli on the eve of the third Test match starting Saturday.

Kohli was forced to leave the field with a back injury during England s only innings of the second Test at Lord s last week, and did not bat at his customary No 4 spot when India came out to bat a second time.

However, the Kohli did admit that back injuries are unpredictable and the only thing to do is to strengthen the muscles around the area with proper rehab.

I got it in 2011 the first time, it happens with the workload, said Kohli adding, The back is such a thing that you never know when it s going to go. All you can do is strengthen the muscles around it and work on it. A bit of strengthening, ample rest and proper rehab gets me back into shape.

On Thursday, speaking to reporters in Nottingham, head coach Ravi Shastri had reported that the Indian skipper was making good progress.

Kohli is India s leading run-getter of the Test series with 240 from four innings at an average of 60, with Hardik Pandya s 90 runs the next best.

On the other hand, Captain Joe Root has confirmed that Ben Stokes will return to the side for the third Test replacing Sam Curran from the side that won the second Test at Lord s. 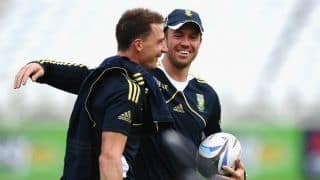 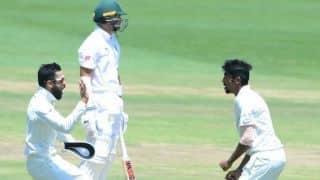