I hope this is the Test match where out batsmen can put their bowlers under pressure because I want to see that.

Virat Kohli has been criticised by all and sundry for his chopping-and-changing policy when it comes to picking Indian Test XIs. In fact, he had never retained the same XI for two consecutive Tests over a 37-match stint. Ahead of the third Test against England at Trent Bridge, Rohit Sharma voiced his support for Kohli s policy in an interview with Hindustan Times: As a player, nobody would want to be in a situation where if you don t perform you will be out of the team. But again, the captain and the coach are in tremendous pressure to give out the best every time. Whatever decision they make, the team members support and stand by that decision.

Of course [a player] gets upset on missing out. I have been a captain and I know how it feels to leave out a few players. The last thing that you want as captain is your players not standing by your side.

What is Rohit s take on India s preparation for the England tour? The best preparation you can have is to go to a particular country and train and play as many practice games and net sessions as possible. But it cannot happen because of the games that we play; we hardly get a few days in between to prepare for the next series. But whatever time you get, whether in Mumbai or England or Australia, you try and prepare for the conditions.

Like if you head to Australia, you try and play on bouncy pitches because it doesn t swing much as compared to England but it bounces a lot. But I think the best preparation you can have is by going to that particular country and spending as much time as possible and giving yourself the best chance to prepare. If you re playing against Australia, you have to prepare in Australia. 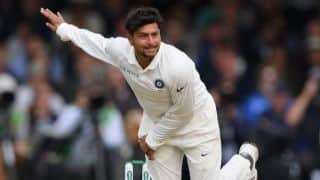