MCA on Friday informed the BCCI that they are ready to host the fourth Test match against England in the upcoming five-match series.

Mumbai: Mumbai Cricket Association (MCA) on Friday informed the BCCI that they are ready to host the fourth Test match against England in the upcoming five-match series. “A mail has been sent to BCCI after the majority decision was taken in favour of going ahead and hosting the match at our managing committee meeting,” MCA sources told PTI. BCCI had asked all five Test match staging associations whether they can hold the games following the Supreme Court appointed Lodha Panel’s direction that cannot disburse funds due to them as part of annual subvention. “We are for cricket and will be able to conduct the Test irrespective of any financial help that we normally receive from,” the sources added. Full Cricket Scorecard: India vs England, 4th Test at Mumbai

MCA is also holding its SGM on Monday to find out from its members whether they were in favour of the Supreme Court order on sweeping reforms in cricket administration based on Lodha Panel’s recommendations. “That too was discussed and indications are that it will face opposition at SGM,” the sources said. Meanwhile, the Sharad Pawar-headed Mumbai Cricket Association (MCA) has no alternative but to implement in totality the Supreme Court order, based on the Justice Lodha Committee recommendations on sweeping reforms in cricket governance, feels its former Managing Committee member Ravi Mandrekar.

It s a Supreme Court order. It s my personal opinion that at the Special General Meeting [convened by MCA on November 7], I don t think there is any other choice except to decide to implement it in totality, said Mandrekar who, represents a club affiliated to MCA and would attend the SGM. 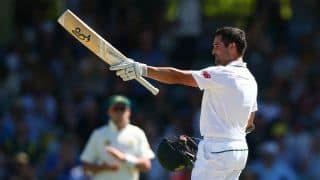