India vs Essex Day 2 as it happened: Essex finish Day 2 on 237/5; Two wickets each for Ishant Sharma, Umesh Yadav

India vs Essex Day 2 as it happened: Essex finish Day 2 on 237/5; Two wickets each for Ishant Sharma, Umes

10:30 pm IST: Close of play – Essex 237 for 5, James Foster 23 not out, Paul Walter 22 not out. Two wickets for Ishant Sharma and Umesh Yadav. Fiftes for Essex skipper Tom Westley and Michael-Kyle Pepper

10:20 pm IST: Paul Walter taking charge now. He hits two boundaries off Mohammed Shami as Essex move to 230 for 5. The sixth wicket partnership between Walter and James Foster goes up to 34 runs

9:57 pm IST: James Foster witha boundary off Mohammed Shami brings up Essex’s 200. Foster is batting on 13, Paul Walter is on 5.

9:25 pm IST: Umesh Yadav gets rid of Rishi Patel and that’s half the side gone for Essex for 186.

WICKET: Rishi Patel edges outside off and is caught by wicket-keeper Murali Karthik for 19. James Foster (5 not out) now joined by Paul Walter. 186 for 5.#ESSvIND

8:45 pm IST: Michael-Kyle Pepper is on a roll and moves to his fifty in quick time. He is currently batting on 64 off 68 deliveries as Essex move to 165/3

8:15 pm IST: Michael-Kyle Pepper contiues the ‘peppering’ and takes Essex to tea with consecutive fours off Shardul Thakur. He moves to 41 off 47, Essex 130/3 at tea on day two.

8:06 pm IST: Breakthough for India. Tom Westley goes for 57. That’s the 6th fifty plus score by a player of the match. Shardul Thakur with the wicket. Essex 113/3. Rishi Patel is the new batsman in

50: Tom Westley takes a boundary off Ravindra Jadeja and that takes him past 50. His half-century arrived from 82 balls with 10 fours. 112 for 2.#ESSvIND

7:50 pm IST: That’s the 50-run stand up for the third wicket between skipper Tom Westley and Michael-Kyle Pepper. Westley is nearing his half-century and is batting on 45 while Pepper is on 22. India have so was used five bowlers. Ishant Sharma, Umesh Yadav, Mohammed Shami, Hardik Pandya and Shardul Thakur. Essex 98/2

7:30 pm IST: Not much luck for the Indian bowlers as Tom Westley and Michael-Kyle Pepper seeming to have little trouble in the middle. Essex 84/2

7:15 pm IST: Drinks break as we are halfway through the afternoon session. Essex 70 for 2, Tom Westley 28 not out, Michael Pepper 13 not out.

The two batters make their way to the ground with a traditional welcome by the locals.#ESSvIND pic.twitter.com/uqqPt9pOvl

“I haven’t quite got my head around it yet” …@jamieporter93‘s reaction to being called up to the @englandcricket Test squad.

Varun Chopra and Tom Westley have taken the score onto 40 for 1 in reply to India’s first innings score of 395 all out. Chopra 16*, Westley 12*.#ESSvIND

ICYMI – Here’s a wrap of how the first session went

5:36 pm IST: And that’s lunch on day two with Essex on 18 for 1. Varun Chopra unbeaten on 2, skipper Westley on 4. Essex picked up four wickets giving away 73 runs to bowl India out for 395 in the first session.

5:15 pm IST: With two boundaries Nick Browne moves to 11, while Varun Chopra is batting one one. Essex 12/0

5:00 pm IST: Live action commences and it is Mohammed Shami starting off the proceedings for India against Nick Browne and Varun Chopra

4:49 pm IST: Ravindra Jadeja is the 10th Indian wicket to fall. He goes for 15 off 35 deliveries. Dixon with the wicket. India 395 all out in 100.2 overs. Rishabh Pant remains unbeaten on 34 off 26 deliveries. Time for the bowlers to have a crack at Essex batsman.

Unlucky Karun Nair – he played one on to his stumps

8 Aaron Beard gets his first wicket of the match, bowling Nair in unusual fashion#ESSvIND

4:04 pm IST: Hardik Pandya notched up his fifty but he becomes Paul Walter’s fourth wicket of the innings. India 354/9. Rishabh Pant is the new batsman who is joining Ravindra Jadeja.

4:00 pm IST: Two back-to-back boundaries from Hardik Pandya takes India’s total past 350. The allrounder himself moves to 49 off 80 deliveries.

7 First ball of the day … first wicket of the day! Karthik is caught by Paul Dixon at third man from the bowling of Paul Walter#ESSvIND

3:48 pm IST: And another one falls. It is not going right for Karun Nair lately. The Karnataka batsman is castled by Aaron Beard for just four runs after facing 12 deliveries. India 329/8

3:35 pm IST: And we are underway, but the first action of the day is a wicket – Dinesh Karthik gone for 82. Wicket for Paul Walter. India 326/7. Karun Nair is the new batsman who has joined Hardik Pandya in the middle.

WICKET: First ball of the day and Danesh Karthik cuts a ball from Paul Walter to Matt Dixon at third man. Out for 82 and India 322 for 7. #ESSvIND

Hello and welcome to our live coverage of day two of the three-day warm-up match between India and Essex.

To watch the match live, click here to know all the details

On day one, Dinesh Karthik (82*) and KL Rahul (58) staked serious claim to their positions in the first Test against England at Birmingham with their attacking half-centuries against Essex at Chelmsford on Wednesday.

At the close of play, Karthik was batting with Hardik Pandya (33*), with India 322/6 in 84 overs with the duo adding 61 runs so far for the seventh wicket.

Rahul and Karthik didn t put a foot wrong in their innings and continued the resurrection process started by Vijay and Kohli.

With India in a spot of bother at 147/5 after Kohli s wicket, the duo joined forces to produce some exhilarating strokeplay to register a century stand of 114.

Earlier, Kohli and Vijay had united at the fall of Ajinkya Rahane for 17, at which point India were 44/3 in 18.3 overs.

Kohli began in a hurry, hitting four boundaries in his first 18 balls faced, and followed the more resolute Vijay to a half-century once the afternoon session began.

India would be satisfied with the performance of their middle order but the failure of Shikhar Dhawan and Cheteshwar Pujara would certainly make the Indian think tank to ponder over the final XI for the first Test against England. 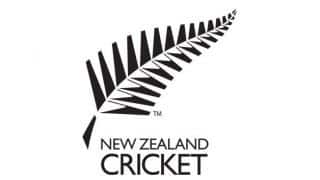