Brendon McCullum soldiers on after the fall of Kane Williamson.

Brendon McCullum is going strong after scoring his ton on Day One of the first Test between India and New Zealand at Eden Park, Auckland. After being 30 for three in the morning session, McCullum and Kane Williamson put up a 221-run partnership that rescued them from the spot of bother.

Zaheer Khan had dismissed Williamson for 113 and that brought Corey Anderson to the crease. Anderson has been sedate and is playing calmly. McCullum too got into a slight defensive mode, but smashed a six off Jadeja to show that he still has the attacking mojo going even as the end of day’s play approaches. 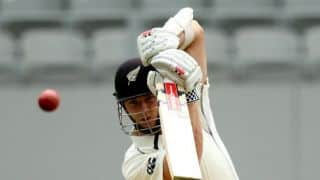 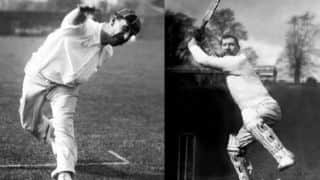